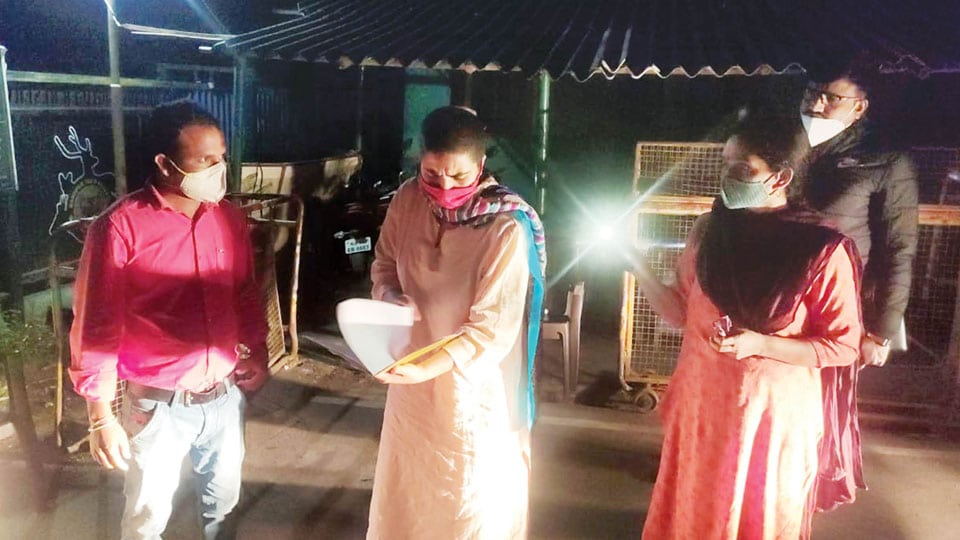 Bengaluru/Mysuru: The Karnataka Government has decided to implement a slew of stringent precautionary measures amid rise in COVID-19 cases and concerns over new Coronavirus strain Omicron.

The Government has intensified screening of international passengers at airports and has made RT-PCR test reports compulsory for those arriving from Kerala and Maharashtra. Accordingly, Mysuru, Chamarajanagar and Kodagu borders have been strengthened and 24×7 surveillance has been heightened with direct supervision of DCs and District Health Officers.

RT-PCR tests have again been made compulsory for Kerala students who arrived in the last 16 days. Hostel students, who have got a negative RT-PCR test report, should get the tests done again on the 7th day after the first report.

Chairing a high-level meeting in Bengaluru yesterday, Chief Minister Basavaraj Bommai instructed the officials to go on an aggressive campaign to trace those who have not taken the second dose of the vaccine and cover them at the earliest.

Passengers coming from South Africa, Botswana and Hong Kong will have to undergo COVID testing at the airports and those who test positive will be kept in isolation for 10 days. A Government circular also said that travellers from these countries who came to Karnataka in the last 15 days will have to undergo RT-PCR testing.

The nations that are currently on the ‘at-risk’ list of India are — European countries, including the UK, South Africa, Brazil, Bangladesh, Botswana, China, Mauritius, New Zealand, Zimbabwe, Singapore, Hong Kong and Israel.

In a circular issued late last evening, the State Government has increased the daily testing numbers from 60,000 to 80,000 which includes continuing the targeted testing of cases of ILI, SARI, contacts of positive cases and high-risk groups.

Mysuru DHO Dr. K.H. Prasad said that fortnightly random testing of selected groups like students and teachers in colleges and high schools, staff of hotels and restaurants, shopkeepers of malls and markets, catering staff and door delivery personnel, factory personnel and service staff in pubs and bars would be carried out.

As per the revised target, a daily increase of 5,000 tests in Bengaluru and 15,000 in the remaining districts is mandatory. Of the total daily target, up to 50 percent of the samples should be from the district headquarters and the rest from the rural areas ensuring that 10 percent of the samples are taken from children. At least 5 percent of children in the schools should be tested every week to assess the safety of children in the schools, the circular said.

Meanwhile, 63 students of two Nursing Colleges in Mysuru have tested positive for COVID-19 during tests conducted about a week ago. Health officials said that students who had tested positive in the two separate cluster outbreaks have been isolated in the District Hospital.

All the 630 students from both the Nursing Colleges were tested and 63 students had tested positive. Officials said that though some of the students were showing symptoms like cold and fever, there was no need for alarm as they had been vaccinated.

NEW GUIDELINES AT A GLANCE