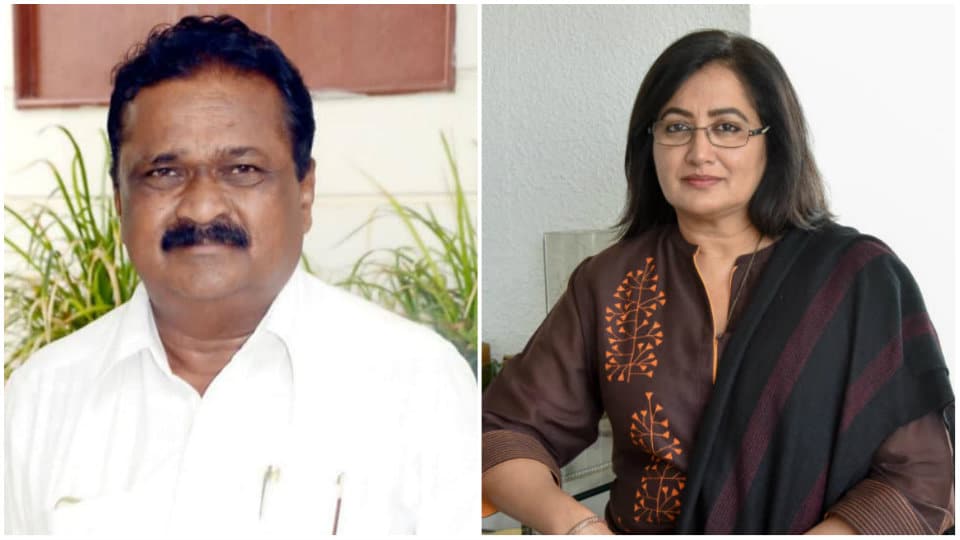 Mandya: Even as actress Sumalatha, wife of late actor Ambarish, is yet to announce her decision to contest the forthcoming Lok Sabha polls from Mandya, JD(S) leaders seemed to have set a debate on her origin, caste and political prospects.

JD(S) MLC K.T. Srikantegowda, speaking to press persons here on Monday, maintained that Sumalatha was not a ‘Gowdathi’ but is from Andhra Pradesh.

Questioning Sumalatha’s prospects of a win in Mandya, Srikantegowda  said that when Ambarish was alive, he had clearly told that politics should end with him.

Pointing out that Mandya had already seen actor-turned-politician Ramya as an MP, the MLC said that politics was not a child’s play and the people of Mandya had learnt a bitter lesson by electing Ramya once.

Referring to the possible candidature of actor Nikhil Kumaraswamy, son of Chief Minister H.D. Kumaraswamy, Srikantegowda claimed that Nikhil had actively campaigned for the JD(S) by touring the entire district in last year’s Assembly polls and as such there was reasoning in the probable candidature of Nikhil from Mandya.

Fans stage stir: Strongly condemning K.T. Srikantegowda’s remark that Sumalatha was not a ‘Gowdathi,’ members of Ambarish Fans Association staged a demonstration at Maddur on Monday blocking the Mysuru-Bengaluru Highway passing through the town, for over 15 minutes.

Maintaining that Sumalatha was Mandya’s daughter-in-law, the protesters claimed that the same Srikantegowda had lauded Sumalatha as the identity of Mandya when Ambarish’s body was kept for public-viewing at the sugar town. But now he was questioning her caste and origin, they said and demanded an apology from the MLC.

Family yet to discuss Nikhil for Mandya: CM

Chief Minister H.D. Kumaraswamy on Monday said that his family was yet to decide on the candidature of his son and actor Nikhil Kumaraswamy for the Mandya Lok Sabha seat.

Speaking at Meet-the-Press programme here, the CM asked why the issue was being debated when his own family had not even thought of the issue.