Home » Columns » Teachers and the Taught 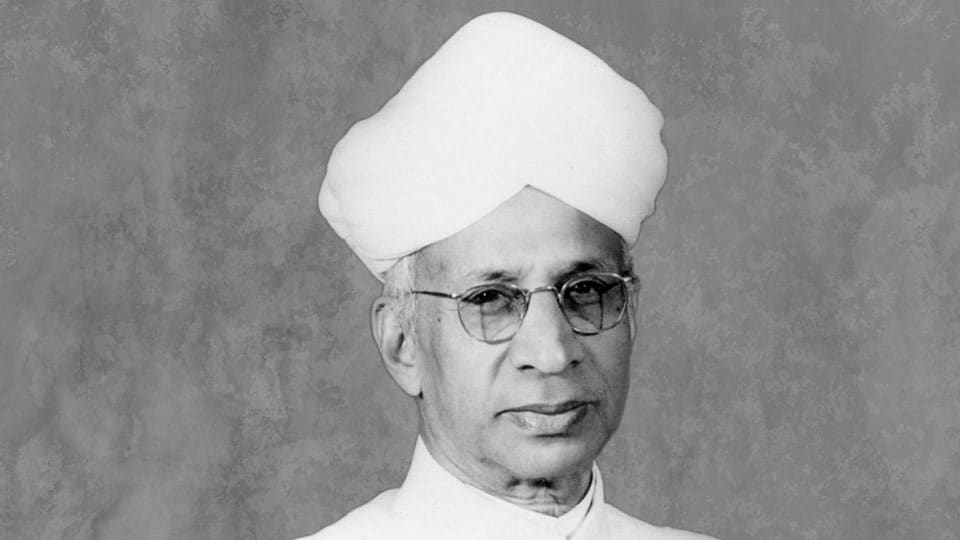 Teachers and the Taught

Teachers’ Day has gone by yesterday. Although different countries across the world celebrate their Teachers’ Days on different dates thankfully most countries have this tradition. In India our age-old Teachers’ Day was on ‘Guru Poornima’ the full moon day of the month of Ashada which falls in June or July. This was the day on which students of traditional spiritual learning used to remember and honour their gurus.

This day is still observed in our country and also in neighbouring Nepal where it is a national holiday. Since the year 1962, our official Teachers’ Day has been shifted to 5th September which happens to be the birthday of Dr. Sarvepalli  Radhakrishnan, the first Vice-President and the second President of our country who was also a great teacher, educationist and Statesman. The origins of this tradition are quite interesting. It appears that soon after Dr. Radhakrishnan became our President a group of his former students wanted to celebrate his birthday. The great man suggested that instead of celebrating his birthday they would do well to designate it as Teachers’ Day in honour of all teachers across the length and breadth of the country and celebrate it as an annual event. A very great suggestion indeed!

There is no denying the fact that all that we achieve in our lives, we owe to the blessings of the Almighty and the efforts of our parents and teachers. So it is most appropriate that we recall the contributions of our teachers and honour them and their noble profession by designating a day for it. Thankfully we as a nation are doing it. I have had the great privilege of having been the student of some very great teachers because of which I consider myself unusually lucky in my life. If I recall the virtues of each one of them I will perhaps end up writing a voluminous book. And, since the task seems very worthy of doing as a thanksgiving exercise I may do it too sometime in the near future.

From every one of them I have been able to glean precious gems of knowledge, wisdom and character which have all collectively shaped my personality. However great a person becomes, he or she can never surpass the greatness of his or her teachers. A teacher is always a teacher and a student is always a student and there is no way this ‘Guru-Sishya’ equation can be reversed. I would like to narrate here a small incident that happened in my own life which illustrates how I view this. While I was doing my MBBS at the M.R. Medical College, Gulbarga we had a teacher, Dr. Dhonthi Krishnamurthy who used to teach us Ophthalmology. He was a very soft-spoken and humble man who used to treat all his students like his own friends. Not once would he be harsh or hard on any one of them with the result that they would reciprocate by showing him their fullest love and respect.

At that time I had this rather strange but persistent habit of spelling the word Ophthalmology without the letter H after the P and it was he who cured me of this habit with his gentle reminders every time he noticed my lapse. In due course we became very close friends and I used to visit his house quite often as long as we were together at Gulbarga. His infant daughter Vidya, had grown very fond of me as I used to amuse her very much with my antics. After I finished my MBBS and left Gulbarga we lost all contact as he went abroad for a fairly long period but I used to remember him unfailingly whenever I saw the word Ophthalmology!

Many years later we bumped into each other most unexpectedly when I was about to finish my MD in medicine. He had joined as a post-graduate student for the MD course in Ophthalmology at the Mysore Medical College and he had been assigned a short posting in the Medicine Department headed by Dr. N. A. Jadhav who was my professor. Incidentally, at the time he was our teacher in Gulbarga Dr. Krishnamurthy had a diploma in Ophthalmology and he was here now to acquire an MD. Since I was then the senior-most resident in the unit Dr. Jadhav directed him to join me and learn the ropes from me!

While we both felt very happy to see each other I began to notice a kind of aloofness bordering on nervousness in his interaction with me. He used to take my permission before doing everything and he also started addressing me as Sir which made me very uncomfortable. When I tried to get him to relax and feel free to do anything he wanted without my approval he told me very humbly that he could not take liberties with me as I was now senior to him. I decided that it was time to put an end to his discomfiture and set the record straight once for all.

I held his hand in mine and told him that whatever I would go on to achieve in my life I would always remain Javeed, his student and he would always remain Dr. Dhonthi Krishnamurthy, my teacher ! That moment thankfully succeeded in making him feel comfortable and also marked the beginning of the second innings of our relationship as the teacher and the taught that we had been when we first started off.  I am told that he is now settled in Bengaluru after his retirement and I am therefore looking forward to seeing him soon, not just to pay my respects but also to remind him that he still is and will always be my teacher!

Nearly two weeks ago a reader had pointed out how a fallen tree was jutting out dangerously almost onto the road that runs from the Nazarbad Police Station to the Karanji Tank. Sadly, this tree has not been cleared still although it takes not more than half an hour for two people armed with a power-saw to do the job. Are our authorities waiting for a serious accident to happen before they act as they always tend to do?

Dr. K. Javeed Nayeem Over a cup of evening tea
Service after Self
Two-day South Zone Meet of Inner Wheel Clubs from tomorrow