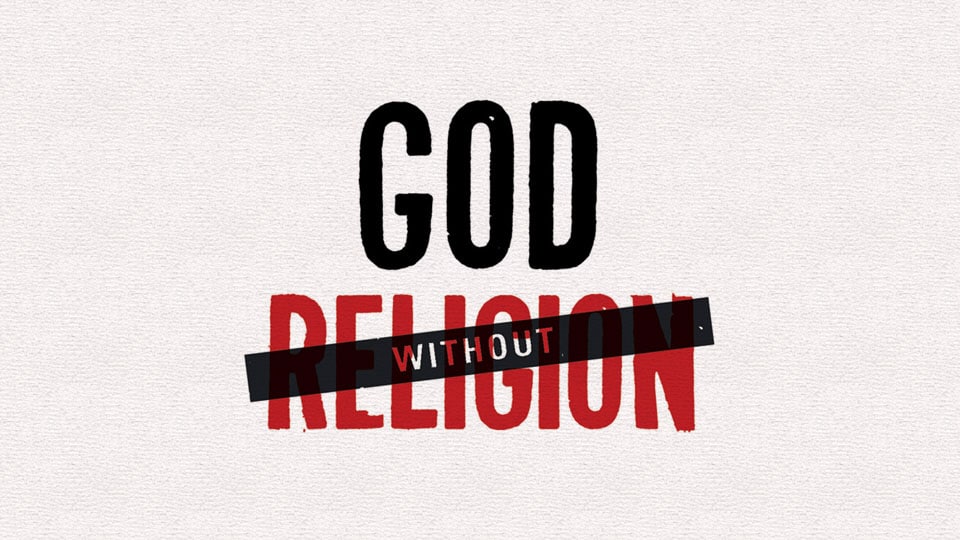 Trust in God, not Religion

Two days ago we got news that an American “adventurer and missionary” John Allen Chau was killed by members of Sentinelese tribe. This tribe inhabits the North Sentinel Island, one of the numerous islands that form the Andaman and Nicobar Islands.

Now, what is worrisome is, how did a fishing boat go unnoticed in this particular area of Bay of Bengal, an area designated as a high-security zone by Indian Navy? A zone that is monitored by three government organisations — the Navy, the Coast Guard and the Marine Police! How will we deal with Chinese submersibles spying vehicles if we can’t even spot a fishing boat above water?

Well, in the case of the boat in which John was, it could be that God hid it, as the missionary himself wrote in his diary, “God Himself was hiding us from the Coast Guard and many patrols.” So the missionary knew what he was doing was illegal.

Now, why was John trying to get into an Island that is known to have hostile tribes, an Island the local fishermen warned him was illegal to visit and whom he then bribed with Rs. 25,000 to take him there? Like most missionaries, he was doing God’s work.

But it was not for God’s work. It was for religious work. Specifically Christian religion’s work, because John himself writes, “You guys might think I’m crazy in all this but I think it’s worthwhile to declare Jesus to these people.”  Yes, he wrote “these people,” as if the Sentinel tribes were some kind of deprived race who needed a saviour. So presumptuous and lacking in humility.

In fact, if John was rational and given it a second thought he would have realised that our religious world is actually Satan’s stronghold — corruption, racism, religious wars, nuclear bombs, chemical weapons, food adulteration, pollution…the satanic list goes on.  So the Sentinelese were in paradise, we are the ones living in Satan’s S**Thold and religion is his secret weapon.

After all, isn’t religion the single most devastating weapon of mass destruction? Religion has killed more humans in history than any war, epidemic or natural disaster — from the crusades to communal clashes to terrorists and bombers of today.

The only good that has ever come out of religion is architecture, art and music. But instead of enhancing this aspect of religion, we have retained its use as an instrument of politics.

And in a new Democratic world, religion with the most followers becomes a vote bank, which in turn votes for ‘their kind’ of government. And so power-politics-religion is a dangerous trio, so dangerous that they have rendered us blind and devoid of empathy.

In fact, sometimes even the most empathetic can be blinded by the power of religion. I say this because I remember in 1996 when the fanatically Christian nation, Ireland, held a referendum on whether its State Constitution should continue to prohibit divorce. A pro-Christian group flew Mother Teresa to Ireland from Calcutta to campaign for the “No Divorce” rule to be retained!

Interestingly, the same year I read an interview of Mother Teresa where she said her friend Princess Diana would be happier after she had “escaped” from a miserable marriage!

While she did not want ordinary Irish women to “escape” an intolerable husband, she wanted her “friend” to have that option! Yes, a religious institution had forced this saint of a woman to campaign for a “repressive” rule, a rule she herself did not believe in!

Yes, religious institutions can make us do what we don’t believe in.  That is why, French Philosopher Voltaire said, “people who can make you believe in absurdities can also make you commit atrocities.”

By the way, it seems religious rules are for the poor — some of the rich Arabs can drink like a fish but no fatwa. Some Babas can molest and not even a Police complaint is filed. Some Priests can be paedophiles with no repercussions. Some Monks can burn Muslim villages and there is no outrage!  All this forgiveness for the rich and men of cloth comes because religion, wealth and power are inter-dependent to survive, thrive and control populations.

Interestingly, many say religion brings a sense of morality to humans. That it makes us civilised. If that is the case then why do the most religious countries in the world have the poorest citizens and the most corrupt politicians, bureaucrats and religious institutions? So, NO, religion does not make us moral humans.  That is why Albert Einstein said, “If people are good only because they fear punishment or hope for a reward then we are a sorry lot indeed.”

Also all religions are dominated by men, men in special dresses, headgear and odd hair styles telling us what to eat, when to eat, how to procreate, with whom to procreate and how often to procreate!

It seems, God gave us a brain and we have placed it at the foot of mere mortals. And yes all Godmen are mere mortals because none are alive today to preach God’s word themselves.

While religion has become and still is the bane of human existence, the concept of God has a purpose. The idea and belief in God can be comforting when you have no answers. To each their own God, but guided by our own God-given brain to have a sense of empathy, kindness, generosity and respect for fellow humans.

Now, sadly John may have died, and in that he has failed in his pursuit to, probably, becoming a superstar evangelist who introduced Jesus to the last paradise on earth.

But now, let’s hope he did not end up wiping out a whole tribe because John may have introduced urban germs and viruses to the island that the healthy tribes are vulnerable to.

PS: Speaking of God, maybe we must all live by what Marcus Aurelius, the Roman Emperor said:

“Live a good life. If there are Gods and they are just, then they will not care how devout you have been but will welcome you based on the virtues you have lived by.

If there are Gods, but they are unjust, then you should not want to worship such Gods.

If there are no Gods, then you will be gone…

…but you would have lived a noble life that will live on in the memories of your loved ones.”

3 COMMENTS ON THIS POST To “Trust in God, not Religion”