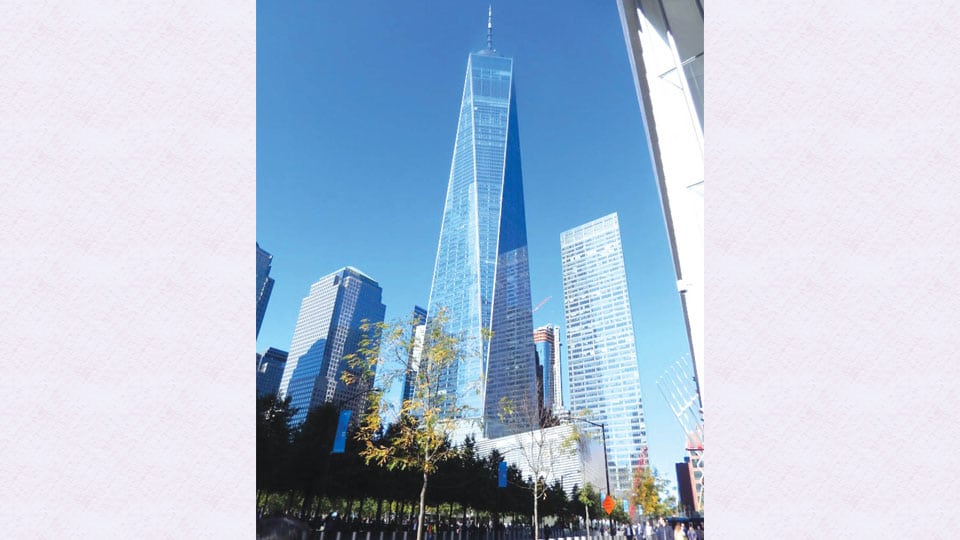 It has been 20 years since the World Trade Centre’s (WTC) iconic twin towers were destroyed by terrorists in New York, US, on September 11, 2001 killing almost 3,000 people and causing injuries to more than 6,000 others. Those on board of the two aircraft which crashed into the two towers also perished. Among the victims were some 250 Indians.

The WTC was a large complex of seven buildings, the two towers rising to the height of 1,368 feet and 1,362 feet reaching to the sky. They were the tallest in the world.

While a large number of those, who were exposed to the cancer-causing toxic pollutants in the dust and debris cloud from the collapse of the WTC hung in the air for more than three months, continue to suffer, the near-death escape continues to haunt the survivors even after two decades and for those who lost their dearest ones the loss is irreplaceable.

Each year on the anniversary, families and friends of the victims gather for a ceremony at the newly built Memorial Plaza. The names of 2,983 men, women and children killed in one of the greatest tragedies of humanity are read out. Six moments of silence mark the times when each of the towers was struck.

This year on September 11, a solemn ceremony was conducted at the Memorial Plaza. President Joe Biden attended the memorial event at the Ground Zero. Former Presidents Bill Clinton and Barrack Obama joined in paying homage to the victims among others. The event was watched by hundreds of Americans gathered there, some carrying  photos of their loved ones died in the attack.

When I visited New York in 2017, my curiosity as a journalist did not fail to take me to the new WTC complex, now rebuilt with six new skyscrapers and other buildings. The tallest, One World Trade Centre, is of 1,776 feet making it the third tallest building in the world. A Memorial and Museum to those killed in the attacks attract friends and relatives of those killed and visitors from all over the world.

READ ALSO  Landmarks for Dewans and their services forgotten

A large number of surveillance cameras and armed cops keep a close watch. Nearly 3,000 names have been inscribed on the bronze parapets which surround the twin waterfall pools at the Memorial. A small hole above the victim’s name allows one to insert a flower or their National Flag and pay homage. The deep wounds and grief in the hearts of many left by the tragedy was apparent at the Memorial.