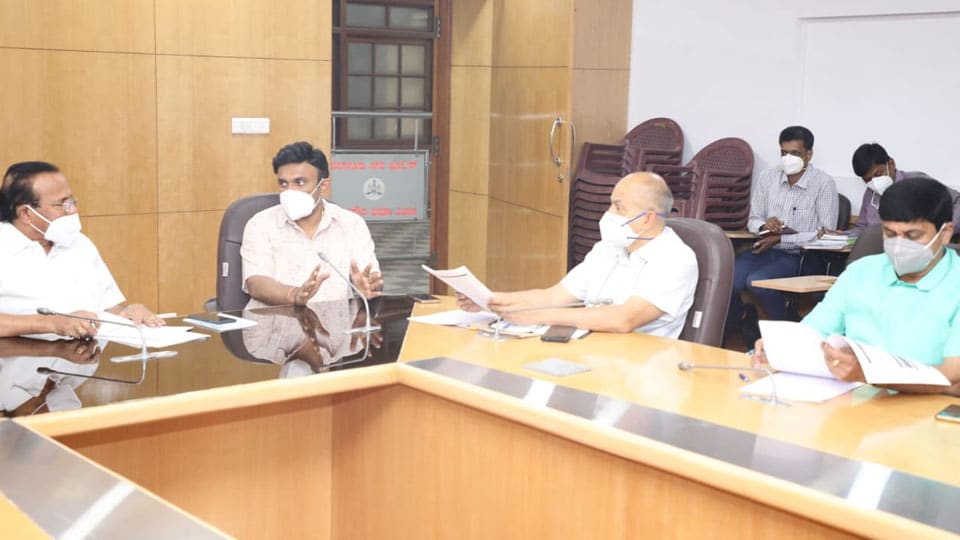 Bengaluru: The Union Government is ready to help the State Government to extend all help like medicines, vaccines and oxygen to fight against the deadly COVID-19 pandemic, said Union Minister for Chemicals and Fertiliser D.V. Sadananda Gowda.

The Union Minister said everyone must work unitedly to trounce this virus. The Government of India was always ready to provide any help to the State. But the State Officers must be in constant touch with the Centre on Corona situation and requirement of medicines such as Remdesivir injection. A Senior Officer has been stationed at his office in New Delhi to provide all help to State, he said.

Later, talking to reporters, Sadananda Gowda said Karnataka had placed a demand for one lakh vials of Remdesivir injection for use till Apr. 30. But, already 1.22 lakh vials had been allotted. Similarly, 800 metric tonnes of oxygen has been made available to the State. The allotment of Remdesivir injection was made on the basis of patients and for this reason, only 25,000 vials has been given, he said.

The Union Minister said the State has sought additional allotment of vaccine to speed up the vaccination drive. Presently, around 2.5 lakh people were vaccinated daily and they want to increase it to four lakh daily. The additional demand for vaccines and oxygen will be discussed in the next Union Cabinet meeting, he said.

Sadananda Gowda said Bengaluru city has been hit badly in second Covid-19 wave with highest number of positive cases daily. Experts have opined prevalence of such a situation in the next ten days. The weekend curfew has been successful throughout the State and a decision to extend this curfew during week days was left to the wisdom of the CM and his Cabinet colleagues, he  observed.