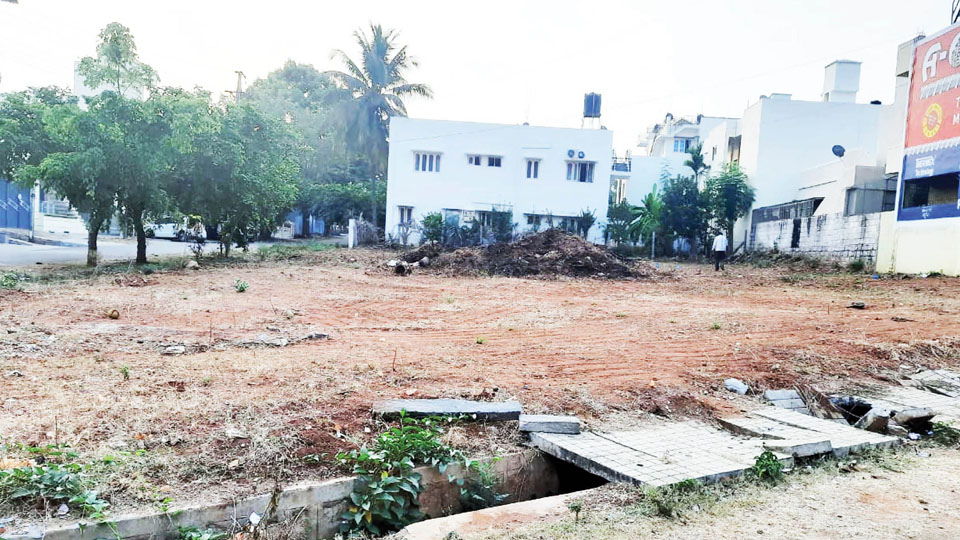 Mysore/Mysuru: The revised 15 percent hike in Property Tax of the Mysuru City Corporation (MCC) will come into effect from tomorrow (Apr. 1) and henceforth one has to pay for vacant plots above 1,000 square feet.

The public notification issued by the MCC stated that vacant plots adjoining a building that is higher than 1,000 sq.ft. would attract a Property Tax that is fixed at 0.2 percent of the original price (not more than 0.5 percent) of the building.

The MCC has in fact re-started the system of extracting tax for vacant plots next to a building that is above 1,000 sq.ft. Similar tax was being levied in 2005 but the MCC had abandoned the system following opposition. Though the MCC officials are claiming that the tax structure has been formulated without burdening the residents, it is sure to add to the existing revenues to the perennially cash-strapped civic body.

All City Corporations have been directed by the Directorate of Municipal Administration to revise Property Taxes as per the amended Karnataka Municipal Act-1976 Col. 108, 109 and Col. 109 (A). Accordingly, the MCC placed the proposal to increase the Property Tax by 15 percent and had got the approval from the Council too in the meeting held on Mar. 26.

Property Tax had to be revised in 2020 after it was increased in 2017. The MCC could not do so due to Coronavirus contagion. The MCC had set a target of collecting Property Tax amounting to Rs. 150 crore from 1,83,949 properties and now with a 15 percent hike, the MCC will gain Rs. 180.34 crore with an addition of Rs. 30 crore.

READ ALSO  Mechanised Abattoir to come up near Kesare

The MCC has already scrapped ‘super commercial’ category (with a high tax burden) and bring kalyana mantaps, choultries, cinemas, malls and hotels under a new commercial category — ‘commercial B’ — with a revised property tax structure.

In the last Council meeting, a decision was taken to scrap ‘super commercial’ category, but bring marriage choultries, theatres and hotels under ‘commercial B’ that is distinct from the regular ‘commercial A’. Accordingly, since taxes for ‘commercial B’ is high at present, new hike will not come into effect for them and tax structure of 2020-21 will continue for them. However, they will have to pay the pending taxes.

This time, there will be no increase in cess and all the previous tax rates would prevail. Vacant sites have to pay cleaning charges as per fixed rates, the MCC notification stated. As every year, the MCC has offered a five percent rebate if the taxes are paid by April 30.

“We have revised Property Tax as per the market guidance value — for areas, layouts, roads, wards — and the notification will be put up at the notice boards of all nine MCC Zonal Offices. Public can contact the Revenue Section Officers at MCC Main Office or even the revenue sections of Zonal Offices for any clarifications,” MCC Commissioner Shilpa Nag told Star of Mysore.

2 COMMENTS ON THIS POST To “Vacant plots above 1,000 sq.ft. adjoining a building taxable”