Home » Columns » We need Dasara & our DC needs a leg-up 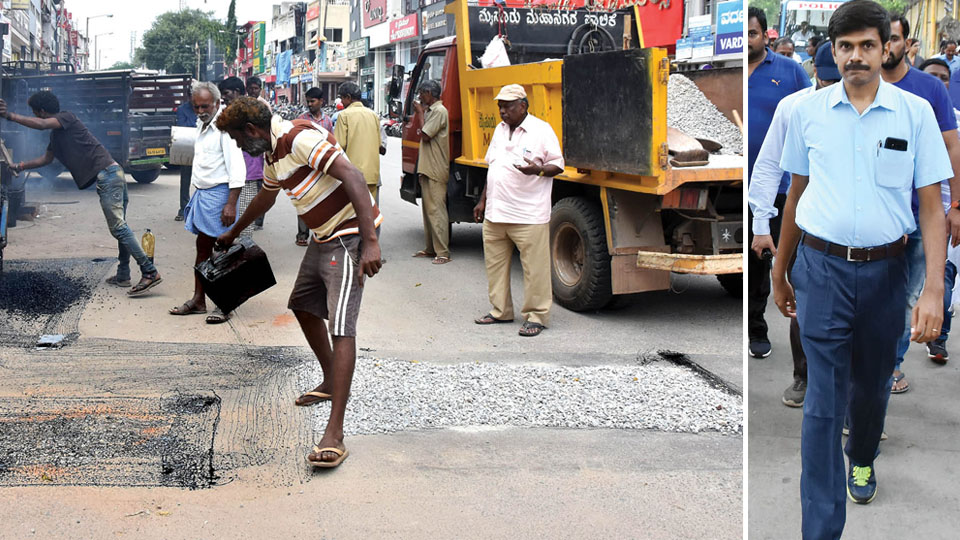 We need Dasara & our DC needs a leg-up

Mysureans love Dasara, not just because it’s a celebration but also because it’s a time for rejuvenation. Come Dasara, our administration becomes ‘quick fix Murugan’ to spruce up our city.

And they do this hurriedly and randomly. First, they start patching up roads, creating footpaths, clearing roadside vendors, etc. It seems every year our administration builds a “Dasara filmset.” Then on October 9, it will all stop.

A few months later the make-up will wear off, just like bad quality cosmetics do. Soon potholes will make a come back, death holes in footpaths will reappear, street vendors will take over the footpaths again and 4 months after Dasara, Mysuru will go back to its non-filmy state.

This makes us wonder what would be the state of Mysuru city if we didn’t have Dasara. Phew! It is for this reason that Mysureans must push to make Dasara a bigger and a grander festival while also making the city a destination for global events.

When a city has big events, people descend from all parts of the world. This forces the administration to keep the city in good condition perennially. Not to forget it also generates clean revenue for the city unlike heavy industries.

A Global Wellness Convention in Mysuru would be a good start.  After all, India is becoming the biggest wellness destination. The wellness tourism industry, which includes Yoga and Ayurveda, is now a $439 billion industry worldwide and India is at the forefront with a growth rate of 22%.

And Mysuru being a world-renowned yoga centre with numerous Spas and Ayurveda Colleges is already at the cusp. All it needs is a little push in the form of a small convention, partly funded by the Government. This will do wonders for the city and its economy.

Many may recall our former DC Shikha. A very efficient officer was burdened with heading 39 Committees!  Our present DC, Abhiram G. Sankar has 35 Departments to run and is the Special Officer for 17 Dasara Sub-Committees! How can a DC do justice to his or her district?

A DC has way too many hats to wear. He has to be an able administrator, an accounts manager, a project inspector, an usher when VIPs visit and an “inaugurator” — after all, today every occasion calls for a chief guest from College fest to a Lit fest.

Apart form this, he should also be a Psychologist so he can gently pacify angry Pourakarmikas to keep the city clean. Then he has to be a “special-masseuse” as he has to massage the ego of politicians. He also has to be a monk, as he needs to have patience in abundance to handle the audacity and demands of politicians’ chelas.

As if all this wasn’t enough, the DC has to metamorphose into an event manager when Dasara comes! He has to coordinator between Food Committee and Hygiene Committee. He has to flag off elephants and approve decoration for the city!

At this rate, one day if the Dasara elephants fall sick we shouldn’t be surprised if our DC is asked to carry the howdah!

After all this, if the event is a success the politicians will take all the credit; if it’s not, the DC is forced to accept responsibility and also a transfer.

Not just the DC, even the other senior personnel are over-burdened with work and political pressures. This being the case, how can one expect an officer however competent to do justice to an event as grand as Dasara?

That is why the demand of the former Mayors of Mysuru for setting up of a Permanent Karnataka Dasara Authority on the lines of Karnataka Exhibition Authority should be considered.

Of course, the ex-Mayors are surely thinking of ‘post-Mayor’ positions more than making Dasara manageable. But the idea is good and the Government can always have a mix of their cronies along with committed event managers.

Also may be this Dasara Authority can outline the deliverables and outsource it to a management company. Grand festivals and sports events throughout the world are outsourced to event management companies. Why not Dasara? They can also make it more viable by coming up with a profit-sharing model instead of draining the State exchequer for Dasara.

For now, Dasara is important to us Mysureans not just as a prized event that puts Mysuru on the global tourist map but also as an event that rejuvenates our city’s roads and uplifts our mood with lights and festivities. e-mail: [email protected]