Home » Columns » Why Karunanidhi was important 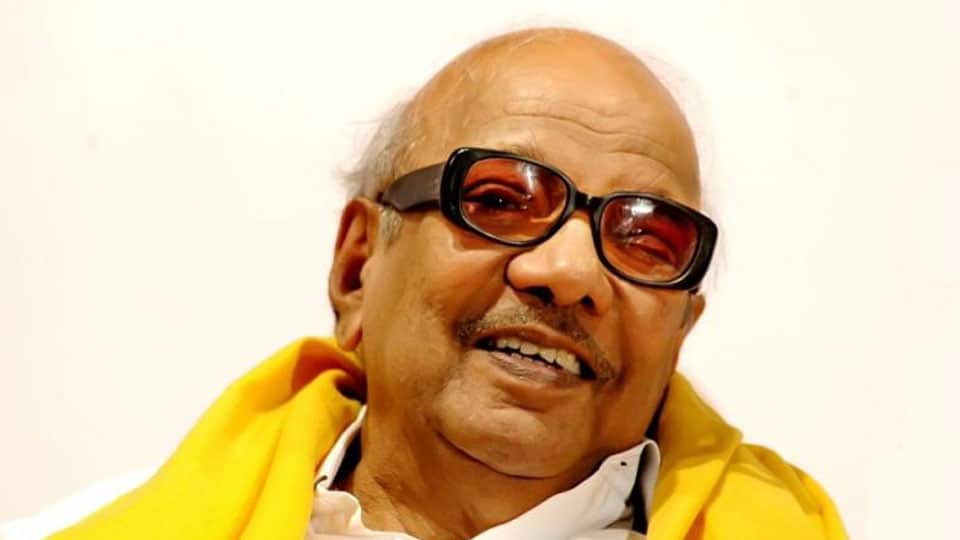 Why Karunanidhi was important

With M. Karunanidhi’s death, a chapter turns in history. That is rare because most political leaders constitute mere footnotes in history, let alone a page. Karunanidhi was more a cultural reformer than a politician, a recognition that led people to confer on him the popular title of Kalaignar, man of the arts and letters. He was an ideas man alongside Periyar and C.N. Annadurai. The Trimurtis nurtured a previously unarticulated Dravida civilisational value system, thereby contributing a lasting component to India’s socio-political ripening.

To see how complete has been the Trimurtis’ conquest of Tamil imagination, we only have to look at the way C. Rajagopalachari and K. Kamaraj have been overtaken by time within one generation. Giants of the south and pillars of national politics once, they left footprints on the sands of time that were washed off by the next wave. They were warriors who got us freedom.

But what to do with that freedom was an issue that left most of their generation confused. Some like Jawaharlal Nehru latched on to socialism. But he was ambivalent; his Cabinets included some of the most committed capitalists of his time while the genuine socialists who formed the Congress Socialist Party were kept out. Beyond Nehru freedom merely became an opportunity to enjoy power.

Dravida leaders stood apart because they were intellectuals who believed in a cause. Both Annadurai and Karunanidhi were writers and orators with a command over language that could only be called phenomenal. They could move masses with a movie dialogue or just the way they addressed the audience at a public meeting.

Both used their literary formidability to pursue transformational goals. The pros and cons of the goals can be debated. But there can be no dispute about the sincerity or the wisdom with which they pursued them. The aim was to build on the richness of a culture that had not only produced the magnificent temple architecture of southern India but had also influenced the development of Khmer, Thai and Javanese scripts. They tried to do this without creating animosities against non-Dravidians. The anti-Hindi agitation was not against Hindi but against Hindi’s forced imposition in authoritarian ways. While anti-Brahminism was a principle, one of Chief Minister Annadurai’s first acts was to thank Brahmin civil servants and request them to carry on with renewed confidence.

No doubt it was the mass popularity of cinema that gave Annadurai and Karunanidhi their hold on public emotions. That was also true of MGR and Jayalalithaa, the mega stars who subsumed the Dravida cause, first as comrades of the preceptors, later as adversaries. The split in the DMK leading to the birth of the AIADMK was not over ideology, but over power.

It was a rivalry that gave MGR an advantage. His hold on mass emotions was unrivalled because, as a hero who appeared on the screen, he related directly to the audience; Karunanidhi, the storyteller and the dialogue writer, was out of sight in the theatre and was, therefore, a lesser god to worship. MGR had no doctrinal contributions to make to Dravida postulates, yet his power to stir mass emotions made him unbeatable. That edge helped Jayalalithaa throughout her legendary enmity with Karunanidhi.

Now that the main players have left the stage, it is easier to see the distinction between the writers and the actors. The articles of faith fostered by the writers became a defining persuasion of our time. The glamour that gave the stars their primacy seems to have been an exceptionality. Why didn’t Sivaji Ganesan acquire the same potency as MGR although his histrionic capability was second to none and his dialogues, not just in Parasakthi, remain classic? Karunanidhi wrote the dialogue for both Parasakthi and Manthiri Kumari, the 1950 film that catapulted MGR to stardom.

For that matter, why did N.T. Rama Rao become the sole film-star politician who succeeded in Andhra? Others tried, but in vain. It cannot even be argued that it is part of Tamil culture for film stars to rise to the top and stay there. If that were the case, Rajinikanth would have been Chief Minister by now instead of floating around like Pirandello’s six characters in search of an author; given his more evident earnestness, Kamal Haasan would at least be Leader of the Opposition. It is not irrelevant to ask whether people’s perceptions are changing, whether Karunanidhi was “the daintiest last, to make the end most sweet.” Now that he is beside Annadurai, he can rest in peace, the last battle won and poetic justice ensured.

Karunanidhi Point of View T.J.S. George
Water finds its own level Money, its own perch
Kurubarahalli Sy. No. 4 and Alanahalli Sy. No. 41 row: The Absurdity of so-called Order by the Executive