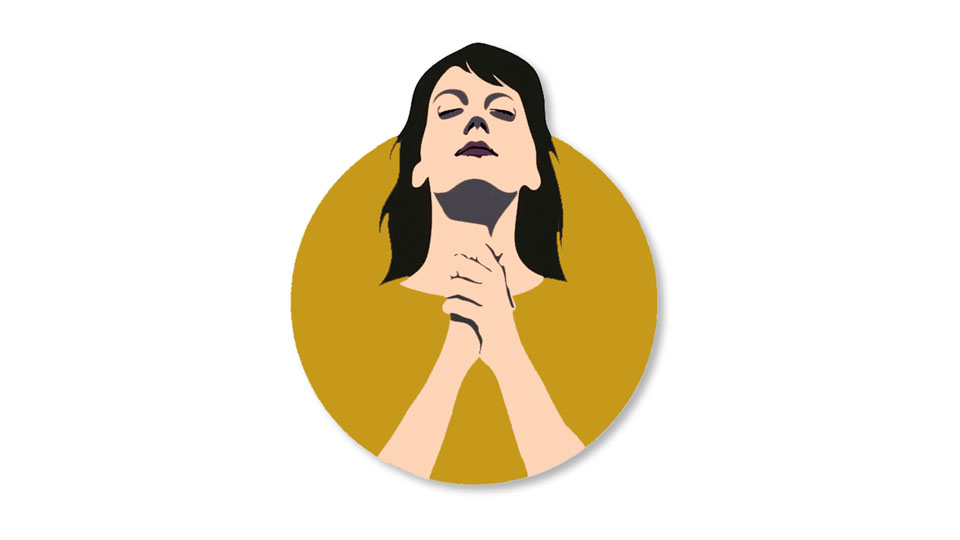 As I recuperated slowly from Covid, I was angry that even two doses of vaccine had not prevented the virus  from infecting my lungs. When I emerged from my prolonged isolation and turned on the TV, I noticed my anger against the vaccine was nothing compared to the anger I saw on the screen.

On one side were young girls in hijabs who were furious for not being allowed into class in their headgear. On the other side were aggressive young girls and boys in saffron scarfs demanding scarfs be permitted in class if hijabs were. It was a disturbing sight.

But worse was how political parties stood around exploiting this juvenile rage and fuelled it with religion. As I watched these young lives, which should be guided towards a progressive mindset, being dragged back into a regressive one, I wished there was a vaccine against all religions. Oh! But there is.

The religious virus can be avoided by following Covid protocols: Maintain social distance from fanatics, Wash your mind frequently with logic and kindness and Make sure your IQ saturation does not dip into the 1st century but always remains firmly in the 21st.

Also, like how one stays away from “Covid risk” gatherings, stay away from religious gatherings as the chances of being infected with radical ideas are very high. And like in the case of Covid, don’t believe what you read on the internet or WhatsApp.

More importantly, like how we take a vaccine to avoid dying from Covid, there is a vaccine available against this religious virus too — The first dose is a shot of ‘mainstream education.’ The second dose is ‘science and critical thinking.’ Then a booster shot of ‘introspection and kindness.’ This combination will produce “thinking antibodies” in one’s brain, which can ward off religious brainwashing.

But alas, like in the case of Covid vaccines, some people don’t want to get vaccinated against religion, and many who are vaccinated can’t produce enough “thinking antibodies”, allowing extremist views to infect their minds.

Now, as students are demanding they be allowed to wear their saffron scarfs and hijabs in class, I was left wondering, why are women so religious? Most surveys indicate that women are more religious than men!

If there is a group of people who would be naturally averse towards religion and shun it, that group would be women. Why? Because religion was not made for women or children. It was created by men, for men, and that is why it is full of men.

All mainstream religions were created by men. No female has given birth to a significantly  powerful religion.

So religion has been man-centric. The worst part is that almost all major faiths objectify women. Men are afraid of women’s sexuality and instead of controlling their urges, they want to control women’s dressing habits.

Be it covering her in purdah, ghoonghat or burqa. Be it monitoring her menstrual cycle or circumcising her clitoris. Be it banning her from getting a divorce or having an abortion; men constantly tell women what to do with their bodies and mind. They claim they derive this power to dictate to women from God and deploy that order via religion. Meanwhile, what are the religious restrictions on men? Almost none.

Despite this harsh disparity, women still want to be part of organised religion! They still want to fight to go to Sabarimala and cover themselves up in public! It’s perplexing, truly!

In a way, the relationship between women and religion could be diagnosed as Stockholm syndrome — Where people who are held prisoners or subjected to abuse oddly develop feelings of sympathy or other positive feelings towards the captor.

Meanwhile, as the saffron scarf and hijab protest heats up, we have to ask the people who are supporting these protests, why they didn’t show the same enthusiasm when a 2011 census revealed that the literacy rate of Muslim women was lower than all other religious communities? And it had consistently been so.

Interestingly, according to the All India Survey on Higher Education 2017-18, Muslim students’ enrolment in higher education has increased by 37 percent over the last five years. Also, in the previous five years, female Muslim enrolment has increased 46 percent! Now let us hope this dress code row does not discourage Muslim girls from getting into mainstream education.

Women must realise religion is not going to liberate women. Only education and financial independence will. Else women will always be at the mercy of a provider, a man, who will sooner or later, apart from being the provider, will also be her thinker.

For now, the children protesting for their right to “freedom of religion” should read “Discovery of India” by our first Prime Minister Jawaharlal Nehru, whose birthday incidentally is celebrated as Children’s Day. And let what he says about religion sink in.

Nehru writes, “Religion at its worst is divisive and at best irrelevant to the pressing economic and social problems confronting the Indian nation. We have to come to grips with the present, this life, this world, and this nature that surrounds us in its infinite variety. Some Hindus talk of going back to the Vedas; some Muslims dream of an Islamic theocracy. Idle fantasies, for there, is no going back to the past. There is no turning back, even if this was thought desirable. There is only one-way traffic in time. Forward.”

P.S.- I often say this, and I repeat it. While religion has and still is the bane of human existence, the concept of God may have a purpose. Here I mean the God who is a cosmic mystery, not the worldly law-giver. The idea and belief in God can be comforting when you have no answers. Guess one could say while science can cure us, God can heal us.

So, instead of living by the diktats of organised religion, maybe we all must live by the advice of Marcus Aurelius, the Roman Emperor:

“Live a good life. If there is a God who is just, he will not care how devout you have been. He will welcome you based on the virtues you have lived by.

If there is a God, but he is unjust, then you should not want to worship such a God.

If there is no God, then, after you are gone… and if you had lived a noble life, you will live on and on in the memories of your loved ones.”