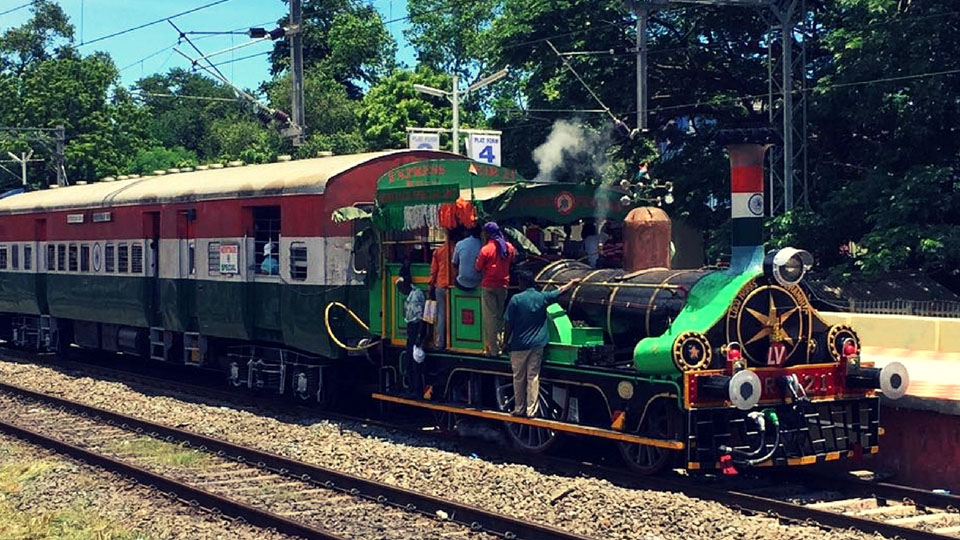 Bengaluru:  Steam engines will make a comeback into service as the Railway Ministry plans to start a city tour on-board a vintage rail coach hauled by a heritage steam locomotive like the famous tramway in Milan. And the good news is that the Railway Board has plans to run the world’s oldest working broad gauge steam locomotive between Mysuru and Bengaluru soon.

Railway Board Chairman Ashwani Lohani has asked Railways to revive steam locomotives and restore the lost charm of steam locos in the country.

The oldest working broad gauge steam locomotive is EIR-21 (East India Railway Express). Built in 1855, the steam engine had been kept as an exhibit at the Jamalpur Locomotive Workshop and then at the Howrah Station in West Bengal after it was withdrawn from service in 1909. It is presently stationed in Chennai and runs short distances there to mark important occasions.

“We plan to run EIR-21 locomotive between Mysuru and Bengaluru. This is among the two oldest functioning steam locomotives in the world,” he said. “Each steam locomotive will have one or two coaches and can house a maximum of 60 passengers. It will be brought from Chennai and it will run for a few days so that those in Karnataka can also be a part of this experience,” Lohani said.

About the train: The name ‘EIR 21 Express’ was given to the loco by its creators, Kitson, Thompson & Hewitson of England, who built it in 1855. The loco was shipped to the Indian subcontinent, to span high and low lands. It carried people from different walks of life and heavy cargos for over 55 years.

The loco service was discontinued in 1909 and was then used for exhibitions at Jamalpur Workshops and Howrah Station for over a century. After 101 years of serving as an exhibit, the loco endured harsh sun and heavy rains which corroded several parts.  While some parts went missing, some broke and some were deemed unfit for usage. Loco Workshop Perambur revived the EIR 21 Express in 2010. It has now been restored like its twin sister loco, ‘Fairy Queen’ EIR 22, which also won the Guinness World Records title, ‘The World’s Oldest Working Steam Loco.’