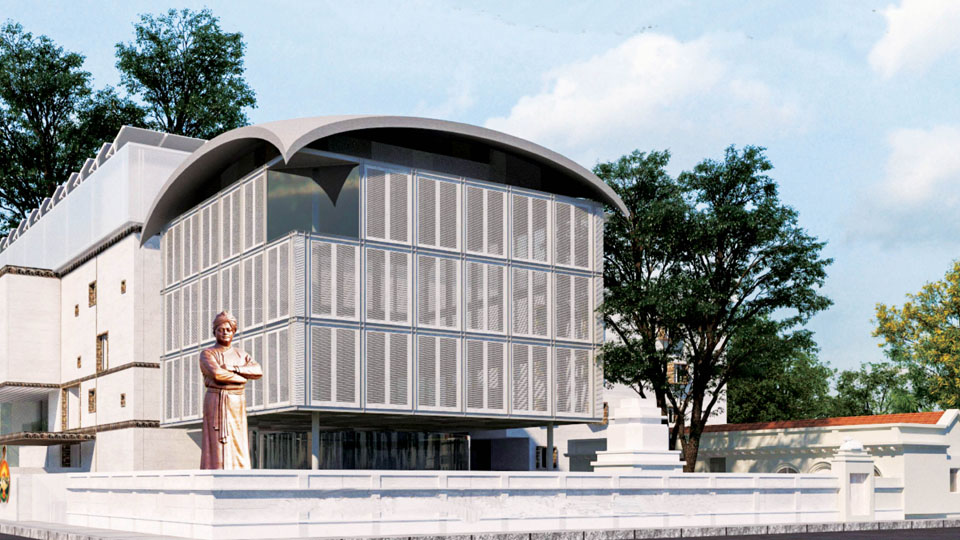 Writers appeal for public support for Viveka Memorial in Mysuru

Mysore/Mysuru: With all the hurdles cleared for Swami Vivekananda Cultural Youth Centre, several noted personalities of the city have appealed for public support for setting up of the Viveka Memorial by Sri Ramakrishna Ashram.

Veteran writers Dr. Prabhuprasad, Dr. C.P. Krishnakumar (CPK), N.S. Chakravarti and former MLC D. Madegowda, in a press release, said that Ramakrishna Mission has been rendering yeoman service to the people of the country through its spiritual, social and cultural activities. Pointing out that the Mysuru Ramakrishna Ashram has been propagating high moral values for the past 97 years of its existence, they said that it is worthwhile to note that now all legal hurdles have been cleared for the proposed construction of the Memorial in the city. The hurdles cleared are as follows:

Litigation 1- Some local elements who were opposed to the construction, had filed a petition (No.552/2022) in the Additional Civil and JMFC Court, Mysuru, on July 25, 2022, questioning the construction of Viveka Memorial. The Court, which heard the petition on Nov. 2, 2022, dismissed it on the grounds that it had no basis. The Court also imposed a penalty of Rs. 1,000 on the petitioners for unnecessarily wasting the Court’s time.

Litigation 2- In the second case, one T.S. Lokesh had filed a writ petition in the High Court on July 16, 2021 (Writ Petition No. 18273/2021). The petition sought quashing of the Jan. 9, 2013 government order granting NTM School land to Ramakrishna Ashram for the construction of the proposed Viveka Memorial and also to declare that the handing over of Niranjana Mutt property to the Ashram as void.

The Court began hearings in the case and on Nov. 14, 2022, the Court said that the case stands dismissed as the petitioner withdrew the petition on his own. As such, the petitioners have lost the case, with the Court declaring that the government’s decision to handover the land to Ramakrishna Ashram was justified.

The Ashram is in constant touch with all communities and has a special bonding with the seers and saints of Veerashaiva community. The Mysuru Ramakrishna Ashram has been celebrating Basava Jayanti with utmost dedication and devotion for the past 25 years. The Ashram has published many books on Sharana preachings, life and messages. This apart, the Ashram has maintained a close association with several Veerashaiva Mutts for decades.

Taking all these facts into account, the Court has given the decision against all those attempting to come in the way. This has brought cheer to all the devotees of the Ashram and members of the public, as at last, all the legal hurdles have been cleared, paving the way for the construction of Viveka Memorial.

In such a scenario, the government should ensure, that all unnecessary hurdles being posed by some elements are cleared, and hand over the entire land given by the government to the Ashram.

Continuing, they said that the land for the Viveka Memorial, which got government sanction in 2013, has undergone unnecessary delay due to litigations and it is high time for the government to ensure that there is no further delay, at a time when the country is celebrating the 75th year of Independence.

The government should now clear the way for the construction of the Memorial, which is being built in his name and delay always leads to cost escalation.

They further urged all the communities to understand the reality and join hands with the Ashram for the construction of the historic Viveka Memorial, which will hugely help in uniting the society.