Home » News » Yediyurappa to showcase Karnataka at Davos for investments 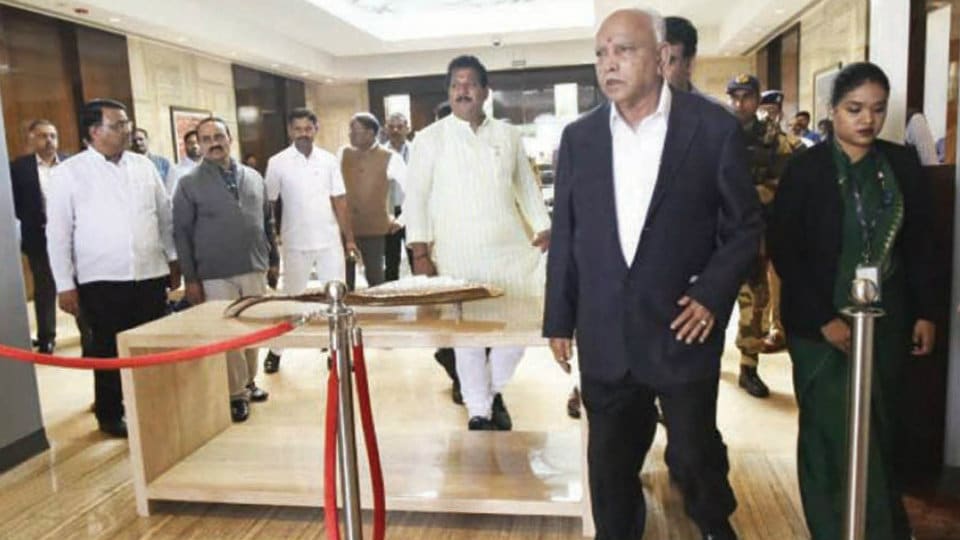 Yediyurappa to showcase Karnataka at Davos for investments

Bengaluru: Chief Minister B.S. Yediyurappa would showcase the State at the 50th World Economic Forum (WEF) that is scheduled on Jan. 20-24, at Davos in Switzerland for global investments.

The meeting, which will be attended by 3,000 participants from 117 countries including 53 heads of State and Government, is themed “Stakeholders for a Cohesive and Sustainable World.” It will put the spotlight on stakeholder capitalism, rising debt, Brexit and climate crisis.

Though Prime Minister Narendra Modi will not be attending the summit, over 100 delegates, including industry captains are attending the annual summit. Among the leaders will be Union Minister Piyush Goyal along with Chief Ministers of three States — Punjab CM Amarinder Singh, Madhya Pradesh CM Kamal Nath, and Karnataka CM Yeddyurappa. NITI Aayog   CEO Amitabh Kant is also attending the event.

“The Chief Minister will be participating at the 5-day WEF as part of the Indian delegation led by Union Commerce Minister Piyush Goyal to showcase the State and seek investment,” said Additional Secretary P. Ravikumar.

Though the Chief Minister will showcase the State at a special session ‘Invest Karnataka’ on Jan. 22, he will also attend the WEF opening ceremony and inaugurate the State pavilion on Monday. Yediyurappa will hold bilateral meetings with Chief Executives of global firms over the next three days.

Chief Minister Yediyurappa will interact with WEF board member, Managing Director and its South Asia Head and meet CXOs of companies to woo them to invest in Karnataka.

READ ALSO  BSY to have not One, not Two, but Three Dy.CMs?