Home » Columns » A DC and a Dog with a Difference! 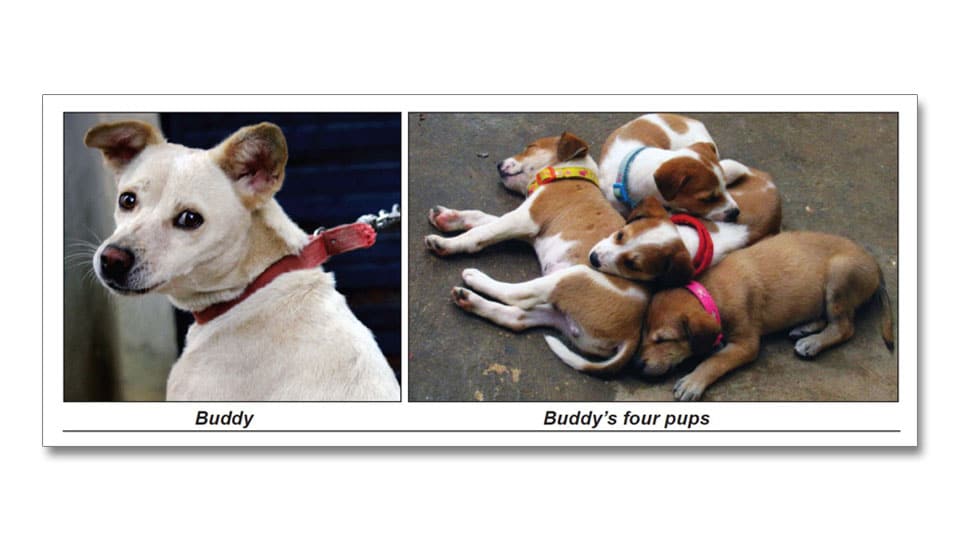 A DC and a Dog with a Difference!

Star of Mysore had published a report recently that Randeep, our former DC, who has now been transferred to Hassan, has an unusual love for dogs which is shared by his wife Arpitha too. Many people love to have dogs as pets and they love them very dearly too. But what is unusual here is that while most dog-lovers prefer to have dogs of the best breeds and also of the best lineage, this couple have been showering their love on ordinary street dogs. This love has been so intense and enduring that when they arrived in Mysuru they brought their lowly pets here all the way from Vijayapura and are now taking them along with their other belongings to Hassan!

I do not belong to a family of traditional dog-keepers but I can very well understand  Randeep’s attachment to his pets after a street puppy decided to adopt our family as its own about four years ago. Yes, while it is people who adopt pets it was the other way round in our case. This tiny female puppy, which one cold Christmas night decided to materialise from nowhere and take shelter under my car, turned out to be a real stubborn limpet. Firstly, we as a family did not have the heart to turn it away in the middle of the cold night and secondly my children’s hearts melted with its mournful moaning when hungry and the glee with which it licked its lips after lapping up the milk offered by my wife!

But I put on my most stern countenance and announced that we would be turning it away without any second thoughts the next morning. But when morning came we found to our dismay that no amount of persuasion or coaxing could succeed in getting this uninvited guest to stay out of our compound. Not even the stout stick that we threatened it with from close quarters could deter its resolve to stay put alongside us as a walk-in and self-professed member of our household.

On the contrary, it perhaps mistook this persistent exercise as an exhibition of our great love and affection and decided that ours was the right family to call its own! So at a hastily convened family meeting later that afternoon it was decided that we would allow it to stay for just a wee bit longer till we could find some friend willing to adopt it or find it a home. But until that could happen the little fellow needed a name with which it could be formally addressed and so it was christened ‘Buddy’ by my daughter Sarah which seemed appropriate enough considering the age-old and perhaps prehistoric association that has existed between dog and man.

When our perhaps not-so-determined efforts to find it a more willing home did not seem to bear fruit, we all felt that the least we could do to ensure its good health was to get it immunised. So a house visit was arranged for a reputable vet to come and do the honours. He was more than a little surprised when he discovered that the patient for which he was being paid to make a house call was only a street pup which we had no intentions of keeping for long. But he decided that there should be a proper record of all immunisations at least for the family that would eventually adopt it in future and so he promptly issued a booklet which looked very much like a passport! Even though armed with this passport, we still could not find any takers for our guest which seemed to be clearly overstaying its welcome.

By this time, both my son and daughter seemed to show signs of developing a love affair with the little fellow which seemed to have very correctly surmised that a guest that wants to overstay its welcome should keep its hosts properly entertained. This it seemed to be doing very effectively going by the fact that both my children now started rushing to the back door calling out for Buddy the moment they entered the front door whenever they came home every evening.

After some time this effort was no longer necessary as Buddy itself started rushing to the gate to receive them with excited prancing and a vigorous wagging of its tail. That was when I realised that Buddy had found itself a permanent home and I therefore decided that it was time for me to summon a mason and build it a kennel! That was the end of the story of trying to find a willing family for Buddy and the beginning of a new story of its lasting relationship with our own!

It came as an unexpected Christmas gift and will be celebrating its fifth Christmas with us this December! In these intervening four years it littered once giving us four adorable pups. The two male ones were named Webly and Scott by my son, Adnan after his revolver of world famous lineage and my daughter not to be outdone, named the two female ones as Beretta and Diana, the two other equally famous guns in our household! History is most well-known to repeat itself and it has done so here too. Despite many reassurances from friends, acquaintances and friendly neighbours we have not been able to find any takers for these four little scoundrels despite their fancy names and they now prance and play to their hearts’ content all over their present home in our coffee estate without the slightest fear of being sent somewhere far away from us!

3 COMMENTS ON THIS POST To “A DC and a Dog with a Difference!”