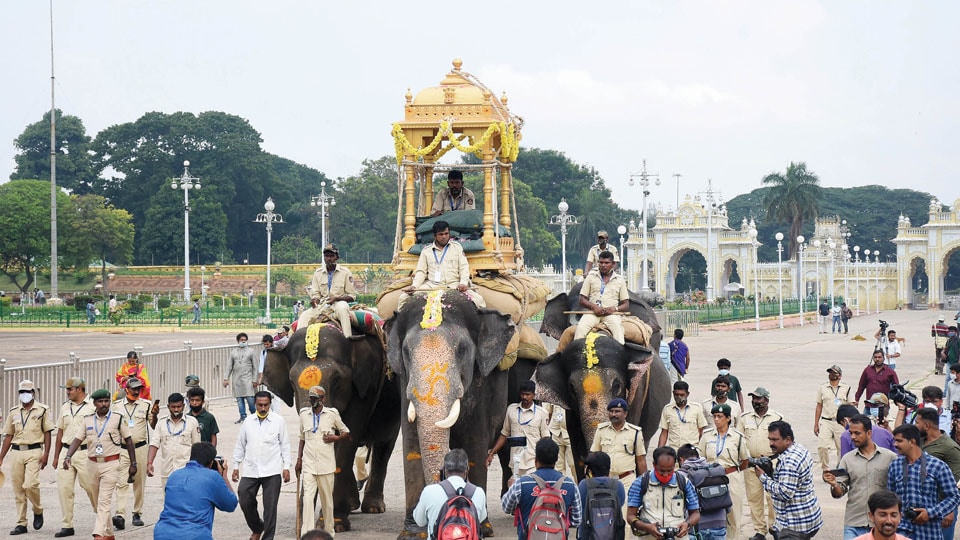 Are we inviting Covid again?

Even as we were all still heaving a sigh of humungous relief that the terrible second wave of Covid-19 has finally been conquered, we seem to be heading for a third confrontation with the monster. Public and Government memory in particular, seems to be awfully short, going by all the activity that we are seeing around us and the day-to-day utterances from our Governments across the country today.

Now, our State Government in particular, seems to be over-eager to please every one who was complaining that they had been suffering losses of revenue due to the Covid lockdown and subsequent restrictions. This is very evident from its actions like allowing Schools and Colleges to conduct on-site classes instead of online ones and opening up and even encouraging tourism and relaxing most of the restrictions over the congregation of people for all kinds of religious and cultural activities, all at the same time.

While on one hand it is constantly talking of a very low-key Covid-safe Dasara this year, on the other hand it is also talking of the elaborate arrangements it is making like arranging three thousand buses to ferry people from across the State to congregate at Mysuru. Trees along the procession route are being festooned with lights and road medians are being spruced up and above all, the Dasara elephants are being prepared for their annual route march.

I do understand that all those in the hospitality and allied businesses have been suffering unsurmountable losses and hardships over the past one-and-a-half-years but as a doctor I strongly feel that it is not yet safe to shed our Covid safety protocols in the way we are now doing.

It is a well-known fact that this year and last year too, there was a significant surge of Covid cases in our neighbouring State of Kerala after Onam which is celebrated there as a State festival by all communities. With the reopening of Schools, Colleges and Polytechnics we are already seeing some very unsafe behaviour around them. Students who are naturally in an upbeat and ebullient mood after their long confinement to their homes, mobile phones and laptops seem to be in raptures in the company of their friends once again like in the good old days.

Now we can see them putting their arms around their friends and sharing their snacks with each other as they used to do before Covid arrived on the scene and spoiled all the fun.

While the wearing of masks is being enforced by their teachers within their classrooms and campuses, there is no way of getting them to do it once they head home. After all, what is life if you are not able to breathe free and frolic with friends?

To understand what I am saying you need to just stand in the vicinity of a School in your neighbourhood and watch the behaviour of the kids there. You will realise that all the cautions and precautions that we have been preaching to our children before sending them to School are only going down the roadside drain!

While most parents too seem only too happy to be free from the bother of constantly looking after their home-bound children, most households who have seen and experienced the brutality that Covid is capable of, are still very reluctant to let their children out to play, let alone send them to School.

Almost all doctors, para-medical staff and health care workers without any exceptions,  fall into this latter category. This is because they are the ones who by their hands-on experience know best how very infective the virus is and what it can do by way of long-lasting and even permanent damage to our bodies.

While most of their patients may have gone home, cured of the deadly disease, the huge number of those who have succumbed to it across the world need to be remembered and kept in mind if we have to remain safe in the days and even years to come!

I was appalled to read an announcement from our State Government recently that four of the six elephants, rescued from a circus years ago and that now reside in our Palace premises, will be relocated to Gujarat because our royal family is unable to look after them anymore.

I wonder why we are embarking on this most unkind relocation of these poor creatures to such an alien habitat when our State is one of the few States in the country that are endowed with the best habitats for elephants. We could have thought of keeping all of them together or at least one each in our own four elephant camps that have been doing an excellent job of looking after their cousins for years.

With these camps located within a stone’s throw distance from their present home, making these helpless creatures travel a distance of more than one thousand eight hundred kilometres, all the way to distant Gujarat, is certainly the unkindest thing that we can do to them. Animal-lovers and animal rights activists would do well to oppose this move and counsel our Government to desist from going ahead with its plan.

Incidentally, we all know very well that having tamed elephants around them was one of the most visible symbols of our kings and queens down the ages. A tradition that started because of their usefulness in the battlefield ultimately trickled down to their sad and useless captivity to just flaunt the pomp of their owners. Thankfully, royal elephants have all but vanished now. But you may be surprised to know that in faraway England, the land of the royals who once ruled us, the tradition of having elephants in attendance around them has resurfaced in this modern era! Buckingham Palace has recently acquired not one or two but a hundred elephants that stand majestically in the Mall in front of it, all day and night, within eyesight of the Queen when she opens her bedroom window every morning. But they have not reached there after enduring the arduous and painful journey of twenty thousand kilometres from India. They are just life-sized replicas created out of the stems of Lantana, the highly invasive Indian weed, by a team of craftsmen from Tamil Nadu, who have rubbed shoulders with elephants and therefore know what they look like!

They were the brainchild of an organisation called ‘Elephant Family’ and according to their creative head Ruth Ganesh, they are there to “tell their story about the inspiring ways we can co-exist with all other living beings that make our world magical…..from tigers and orangutans to nightingales and elephants.” Ah! What a magical thought, is all I can say!