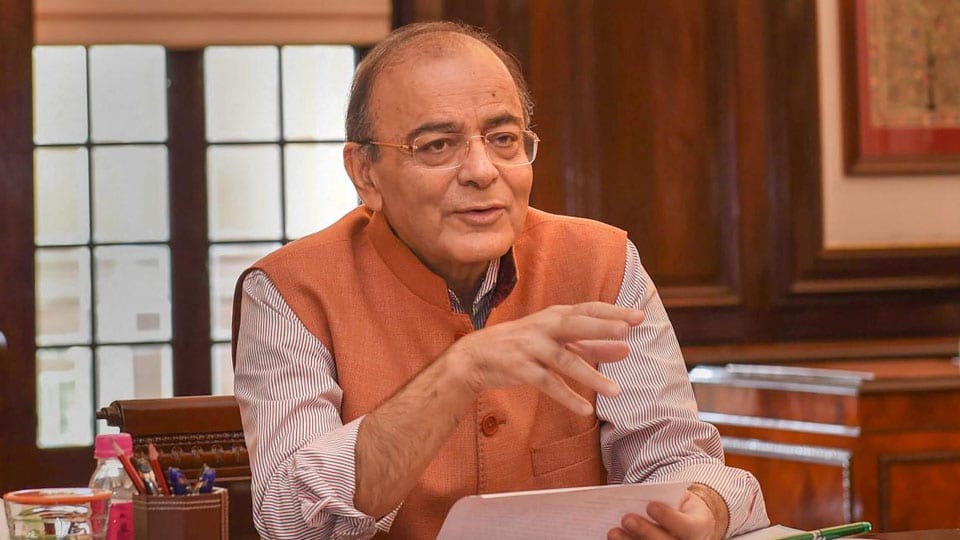 New Delhi: The month of August seems unlucky for BJP as it has lost two stalwarts within a span of three weeks.

First it was former External Affairs Minister Sushma Swaraj (Aug.6) and now it is Arun Jaitley who passed away this noon. The party lost its tallest and most loved leader Atal Bihari Vajpayee in 2018 August and also H.N. Ananth Kumar, Karnataka’s BJP face in New Delhi. Ananth Kumar died November last year.  The tragedies did not end here as BJP lost its workhorse Manohar Parrikar in March this year.

Sixty-six-year-old Arun Jaitley, India’s former Finance Minister, an able orator, a mass leader and a true practitioner of the Indian Constitution, died this noon at the All India Institute of Medical Sciences (AIIMS), New Delhi. He was admitted to the hospital’s ICU on Aug. 9 after complaining of breathlessness and restlessness.

He leaves behind his wife Sangeetha Jaitley son Rohan Jaitley and daughter Sonali Jaitley. The last rites will be performed at Nigam Bodh Ghat tomorrow in New Delhi at 2 pm.

A politician at heart, Jaitley had decided to stay away from the political corridors after being diagnosed with kidney ailments. Citing health reasons, he did not contest the Lok Sabha elections this year.

After the Modi government returned to power for a second term, Jaitley had written to the Prime Minister saying he would like to stay away from “any responsibility” on account of his ill health.

A lawyer by profession, Arun Jaitley was among the leaders who were jailed by the Indira Gandhi Government during the Emergency. After being released from jail, Arun Jaitley joined active politics as a member of the Jan Sangh and rose through the ranks of the organisation, which later became the BJP.

Jaitley, during his stint in the Finance Ministry, was instrumental in implementing the Goods and Service Tax (GST) reform aimed at streamlining India’s indirect tax structure. It was also during his tenure when the controversial decision of demonetisation was taken.

Born in 1952 to Ratan Prabha and Maharaj Kishen Jaitley, the senior leader made the political plunge during the Emergency years after being active in Delhi’s student politics. He graduated in commerce from Shri Ram College of Commerce (SRCC) in 1973 and got his degree in Law four years later.

During his university years, Jaitley was a member of the Akhil Bharatiya Vidyarthi Parishad (ABVP), the student wing of the BJP, and became the president of the Delhi University Student Union (DUSU) in 1974. He was placed under preventive detention first in the Ambala Jail and then in the Tihar Jail when prime minister Indira Gandhi proclaimed Emergency.

As Emergency was lifted, Jaitley pursued his career in law and started practising in the Delhi High Court followed by the Supreme Court, while officially joining the BJP in 1980.

He was appointed the Additional Solicitor General of India in 1989 by the VP Singh government and worked on the infamous Bofors scandal in 1990. He became a member of the party’s national executive in 1991.

Jaitley joined the government in 1999 when he was appointed the Minister of State for Information and Broadcasting in the Atal Bihar Vajpayee’s 13-month-old government, later heading the disinvestment ministry and the commerce ministry as well.

After Vajpayee came back to power, Jaitley was given the responsibility of being the party’s official voice as its spokesperson along with the likes of Sushma Swaraj and Pramod Mahajan. He was called back into the government in 2003 as a full-time Law Minister.

Jaitley was known for fighting cases for big corporations during his stint. Before quitting his law practice in 2009, Jaitley represented several multinationals including Pepsi Co. and Coca Cola in the Supreme Court.

Soon after hearing the news, Prime Minister Narendra Modi took to twitter to express his grief. He said “Arun Jaitley Ji was a political giant, towering intellectual and legal luminary. He was an articulate leader who made a lasting contribution to India. His passing away is very saddening. Spoke to his wife Sangeeta Ji as well as son Rohan, and expressed condolences. Om Shanti.”

President Ram Nath Kovind also condoled the death and called Jaitley a distinguished Minister who contributed immensely to nation-building.“Extremely saddened by the passing of Shri Arun Jaitley after battling a long illness with fortitude and dignity. A brilliant lawyer, a seasoned parliamentarian, and a distinguished Minister, he contributed immensely to nation-building,” Kovind said.

During the 2014 elections, Jaitley unsuccessfully contested from Amritsar after which he was again inducted into the government through the Upper House. Jaitley also led Ministry of Corporate Affairs and was given the additional charge of Ministry of Defence.