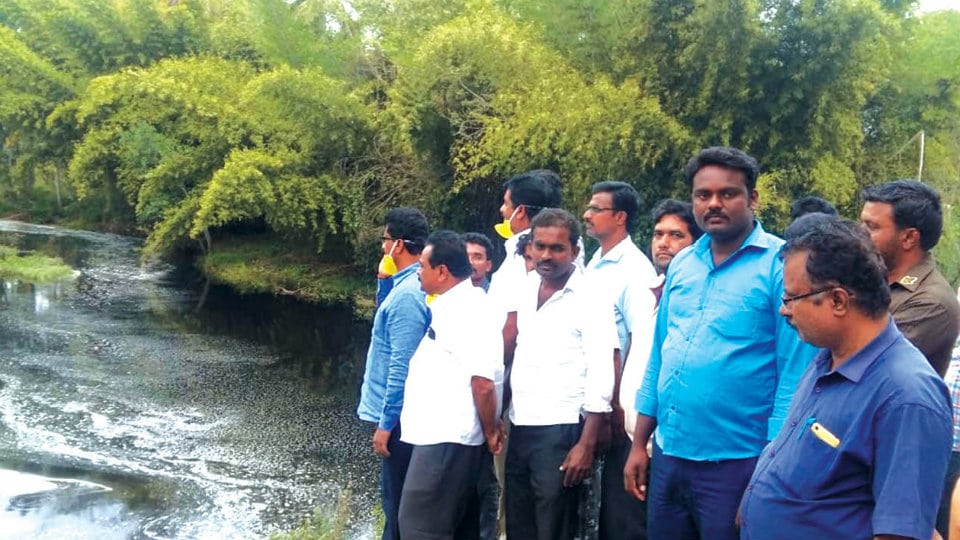 Mandya: The Police have issued an advisory to the people of Mandya especially those living on the banks of Shimsha River not to use the river water as it is polluted. Gallons of polluted water has flown into the river from NSL Sugars, a private sugar mill, at Koppa near Maddur yesterday as the factory’s boiler exploded, injuring one person.

The Kesthur Police have stated that due to the impact of the boiler blast, poisonous liquid (distillery spent wash) have flown into the river in large quantities. Farmers must avoid consuming the water and at the same time avoid feeding the water to livestock. Untreated effluents are suspected to have drained into the river, downstream of the sugar mill.

The Police have also advised the farmers not to pump water from Shimsha River to their fields and plantations as the poison has the potential to destroy the crops. They said that experts will visit the blast site soon and test the water quality. Only then the water can be consumed, the Police said. 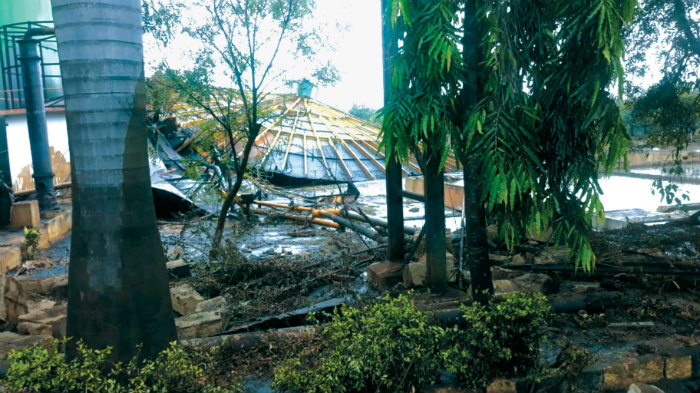 The site of boiler blast that took place inside NSL Sugars at Koppa near Maddur yesterday.

Anand, a technician, was working near the unit when the incident took place. The digester exploded with a deafening sound and the wall near the area collapsed sending debris flying across the ground. Several lakh litres of hazardous distillery spent wash gushed out and entered nearby paddy fields, damaging standing crops on at least 130 acres, the Police said. Due to the impact of the blast, Anand fell to the ground and was rushed to a private hospital in Mysuru.

Yesterday, MLC K.T. Srikantegowda along with a team of officials from the Department of Factories and Boilers, visited the spot that was still emanating fumes and noxious gasses. So much was the smell that the visitors and officials had to tie a mask around their noses.

Officials said that experts will conduct an investigation. Meanwhile, the members of the Karnataka Rajya Raitha Sangha staged a protest outside the factory and demanded crop loss compensation and action against the factory for causing damages to crops.