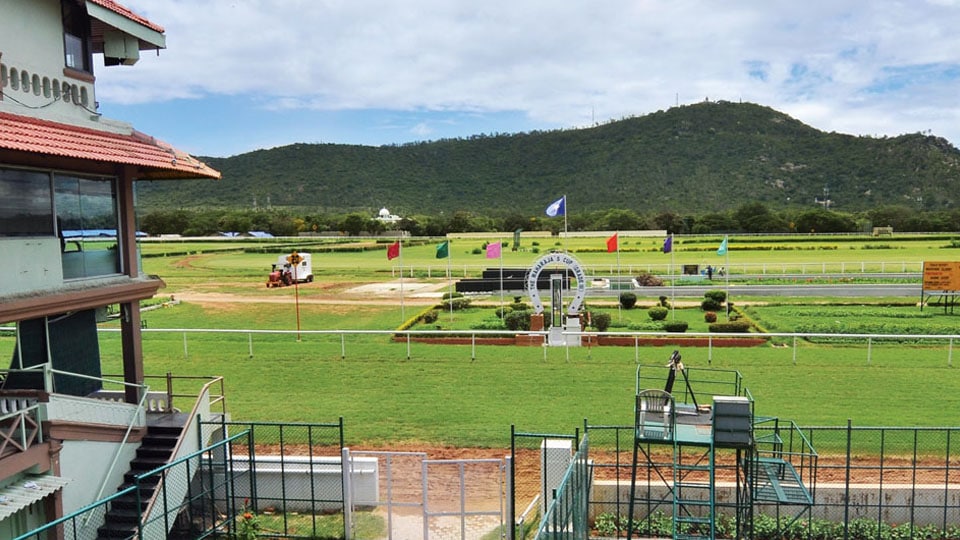 Mysuru: Minister for Tourism and Sericulture S.R. Mahesh has reiterated that he was committed to shift the Mysore Race Course (MRC) beyond 25 kilometres from the city limits and once shifted, the MRC land will be handed over to the Zoo Authority of Karnataka for the expansion of Mysuru Zoo. “I am committed to shift the MRC and there is no going back on the issue,” he said.

The Minister was speaking to reporters at Karanji Lake yesterday where he had come to inspect the Lake and initiate development works. “Soon after the Belagavi Winter Session, a discussion will be held between the government and the MRC authorities and a final decision will be taken,” he said.

The State government will not renew the licence and the MRC property will be taken over by the Government where a Botanical Garden and a Bird Park will come up. We will not allow racing activities within the city limits and instead utilise the space to promote Mysuru as a tourist hub. The 139 acres of land was leased to the MRC by the Public Works Department (PWD) in 1976.

He said that many illegal structures such as temporary shelters were built inside the Race Course for horse caretakers violating the land lease terms. “As per Court directive, the MRC should hold races with around 90 horses and added that the MRC was using the land for stables for 600 horses. There were about 1,800 people including horse caretakers staying in the MRC premises and temporary illegal sheds have been built for them. Most of the caretakers were from North India,” he added.

The 139-acre Race Course is lush green and the stables and temporary structures were a blot. “We cannot let this happen and let the Race Course go beyond the city limits as vast land is available there. All these days we were busy in Kodagu flood rehabilitation works. The issue will be taken up soon after the Belagavi Session,” he added.

3 COMMENTS ON THIS POST To “Committed to shift Race Course: Minister Mahesh”