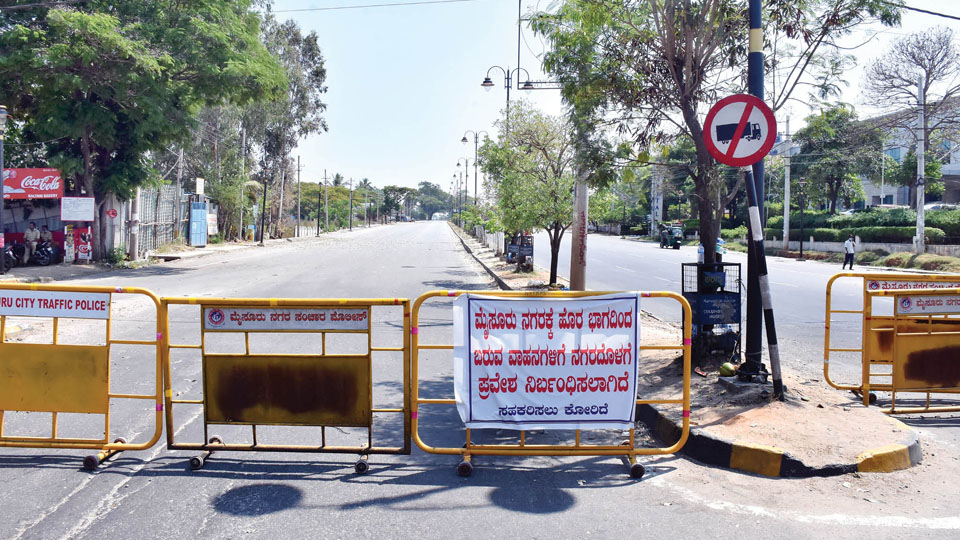 If we are not cautious, we have seen what may happen: State Health Minister Dr. K. Sudhakar

Bengaluru: Hours after Chief Minister B.S. Yediyurappa saying that no decision has been taken regarding extension of lockdown in Karnataka and reiterating that a decision in this regard will be taken based on the prevailing situation on June 6, the State’s COVID-19 Technical Advisory Committee (TAC) recommended that Karnataka should continue the lockdown in a stricter form till June 30.

Place lives before livelihoods, advised the Committee. The TAC has said that it is essential for the State to continue lockdown restrictions till the Test Positivity Rate (TPR) falls below 5 percent, daily new cases below 5,000 and Case Fatality Rate (CFR) falls below 1 percent.

The lockdown restrictions should be reviewed on a weekly basis for any relaxations and concessions. Whenever unlocking is considered, the approach used in 2020 from June-November should be used as a basis for a graded and phase-wise relaxation, the TAC opined.

The State had first imposed lockdown-like restrictions for two weeks on April 27. The curbs were supposed to be lifted on May 10, but experts insisted to extend the lockdown for 2 more weeks — till May 24. Later, it was extended till June 7 to combat the further spread of the virus.

As per the data released by the State War Room yesterday, Belagavi with 15,250 cases and Mysuru with 15,085 cases exceeded the 10,000-mark and the cases showed no signs of respite. In Mysuru, the active caseload of more than 15,000 was less than a week before. Data, however, showed that the decline is much slower. The district reported 1,624 deaths.

“Discussions are on. After June 5 and 6, we have to wait and watch how the cases come down. The cases are still higher than our expectations. We will hold a meeting with Ministers and experts on June 5 or 6 to chart out the future course of action and as of now we have not taken any decision,” Yediyurappa said.

After five-hour marathon meeting on Sunday, the TAC unanimously drafted the recommendations placing the health and lives of people before livelihoods. Although new cases have fallen to less than 20,000 in the State, active cases continue to be over three lakh, the TAC observed.

Meanwhile, Health and Family Welfare Minister Dr. Sudhakar said that a decision on extending it beyond June 7 will be taken on a scientific basis. “Lockdown or unlocking is linked to the medical aspect and its consequences on human life during the pandemic. This has to be understood and decisions have to be taken carefully. If we are not cautious, we have seen what may happen. We are here to save lives. A final decision would be taken by CM after examining the TAC report and discussing the matter with Cabinet colleagues,” he said.

When his attention was drawn on several statements made by Ministers including Mysuru District Minister S.T. Somashekar that lockdown would not be extended as the number of cases was declining, Dr. Sudhakar said that the Ministers could have issued statements based on the grievances expressed by public and may not be aware of the TAC recommendations.