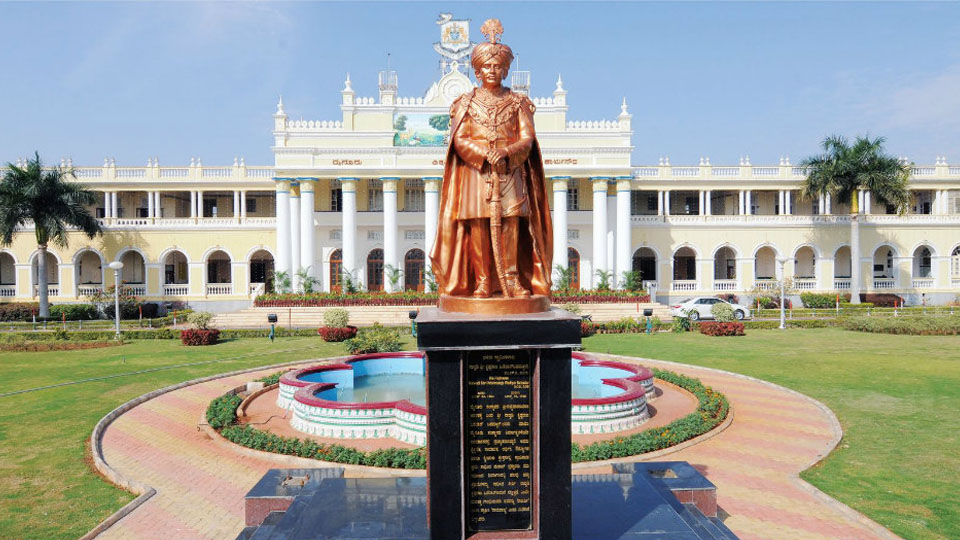 Creating World Class Universities: Are we missing something?

Higher education and new education policy is being discussed across the  country. One concern often talked about is the absence of World Class Universities from India in the top 100 of the Global Ranking. Prof. J.A.K. Tareen,  former Vice-Chancellor of Kashmir University and presently residing in Mysuru, had made a study on this subject when he was involved in writing the XII Plan Document. Here we publish some of his observations. — Ed

The absence of any of the Indian Universities and Institutions in the top 100 or even 200 of World Class Universities ranked by international agencies like the Quacquarelli Symonds (QS) Times Higher Education (THE) has been a matter great concern and prestige to the country, the students and parents. Every time the matter was discussed, the men who matter in the corridors of power only spoke of increase in the funding in education, though this is one of the essential inputs, but not all that was required. This has been proved during the XI Five Year Plan.  A three-time higher allocation of Rs. 44,000 crore for higher education, ended with only Rs. 18,000 crore utilised, with hardly any tangible growth in programmes, student strength and research output. In fact, 50 percent of the sanctioned posts remained vacant at the end of the plan period.

Critical Mass of Students on the Campus: This factor is extremely crucial for spikes of excellence to rise on a large canvas. The simplest analogy is that fishing in a pond fetches you small fishes and crabs,while fishing in oceans gets a catch of all sizes but sometimes, a shark or a whale, that you don’t find in a pond. What we are missing in our campuses is a shark or whale. The available space in every University campus of the country and a College (with a few exceptions in the urban areas and major cities) are grossly underutilised.

The bottom line is that every Institution and University should use its campuses optimally which means, they should focus on doubling and tripling the student intake with proportional increase in amenities, infrastructure and faculty. This would consume bulk of the increased fund allocation. This policy was missing in XI Plan that resulted in less than 50 percent utilisation of funds. The significance of critical mass does not find prominent place even in our Draft Education Policy.

Diversity Index: Besides critical mass, the Diversity Index of faculty and students on the campus contributes to the quality of teaching, learning, innovation and inventions which is the major concern of most Indian Institutions except for the Centrally-funded premium Institutions. This should come as a National Policy and should be incentivised. The Diversity Index of World Class Universities is more than 50 percent of both students and faculty while it is 0 to 5 percent in all State Government-funded Universities.

The Centrally-funded premium institutions have a diversity of both students and faculty ranging between 20 and 50 percent. This is directly reflected in the better quality and performance of these Institutions.  Diversity in student population can only be increased by opening up the admission to students across the country and by conducting their entrance tests across the country at least in major cities.

Student Demography: A hundred-year-old Mysore University does not conduct entrance exams across the country thus limiting its student demography to local districts. The diversity factor of faculty is zero, here. The Karnataka State has been opening the so-called Universities in every district losing sight of the needed universality of a University.

Under-Graduate (UG) programmes on the campus and Integrated Master’s programmes are only at IITs and IIMs and other new Central Technical Institutions and a few Central Universities like Pondicherry University and JNU. The Indian Universities, particularly the State-funded ones have not  been proactive on this front for the simple reason that they are too much bound in the intricate knots of Governmental control, freedom to amend statutes and lack of National Policy direction to make Under-Graduate education on University campus mandatory.

Intellectual Walls: The fourth factor that distinguishes Indian Institutions from World Class Universities is too deeply entrenched in our system, culture and mindset. That is, the hard, impermeable intellectual walls between Departments, Faculties and Schools within a University and Forts built between Universities, the Central Research Laboratories and a host of Institutions. This culture was nurtured even in premier Institutions of the country for decades which shuts the sharing of resources and implementation of joint teaching and research programmes. As a result, Indian Universities, Central Research Laboratories and the Centrally-funded premier Institutions have worked as islands, disconnected from each other.  This has seriously hindered the cross-breeding of ideas, innovation and inventions in the Indian Institutions as compared to the World Class top 200 Universities, who advocate and practice exactly the opposite of what we do in our Institutions.

Can the National Education Policy strongly advocate the demolition of Walls and Forts? Can it make sharing ideas and resources the new National Mantra than isolation and secretive research in islands?

Coupled with the above, a sea-change in administration needs to be brought in. There is a trust deficit between the administration and academia besides the bureaucratic curbs on free thinking and new ideas. Egos and dominance of senior faculty often kills the enthusiasm of younger faculty. Decentralisation of powers, total non-interference from Government in academic matters and appointment of faculty members, freedom to amend statutes, appropriate laws to appoint faculty from other countries and from across the country, minimum diversity index made mandatory for students and teaching faculty, demolition of artificial boundaries, are the small but supporting steps in creating World Class Universities.

3 COMMENTS ON THIS POST To “Creating World Class Universities: Are we missing something?”