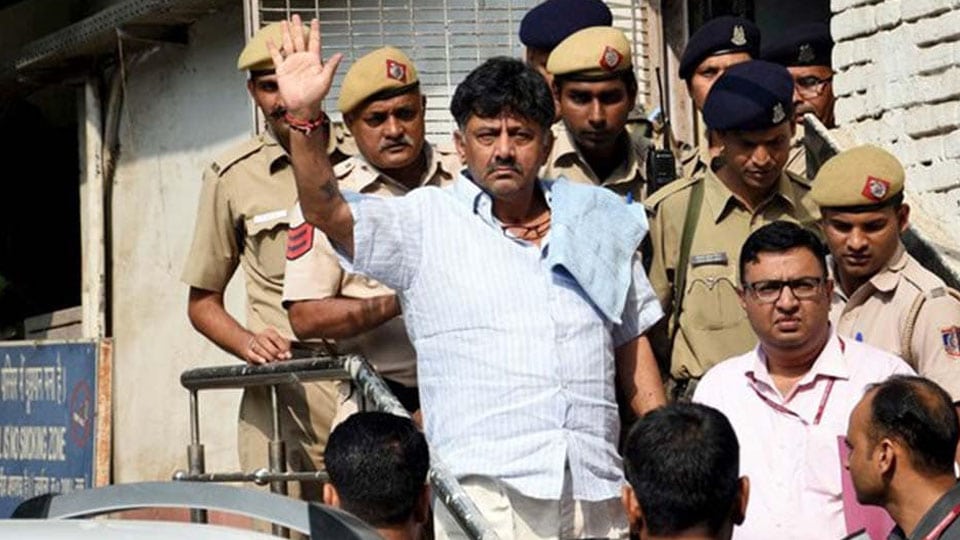 Chidambaram, who was remanded to judicial custody on Sept. 5, is lodged in cell number 15 of Jail Number 7. Notably, Jail Number 7 houses economic offenders who are facing trial or are in custody. It’s unlikely that Chidambaram and Shivakumar will be able to interact in the jail.

A Delhi Court yesterday extended the CBI judicial custody of Chidambaram by 14 days till Oct. 3 in the INX Media Case. Meanwhile, Congress MLA Laxmi Hebbalkar has appeared before Enforcement Directorate for questioning in connection with investigations into a money laundering case against Shivakumar.

Hebbalkar, a close associate of Shivakumar, arrived at the ED office just before 11 am following a summons issued to her by the agency. The Belagavi Rural MLA will be questioned about her links with Shivakumar and investments made by him.

Laxmi Hebbalkar has been associated with her political mentor Shivakumar for the last two decades. Shivakumar brought Hebbalkar into the big league in politics and played a key role in her victory in the last Assembly polls, ignoring several senior Congress leaders, thanks to her proximity to Shivakumar.

The ED will question her about a sugar factory in which she is a director and her other businesses in Belagavi, some of which are Shivakumar’s alleged benami properties.