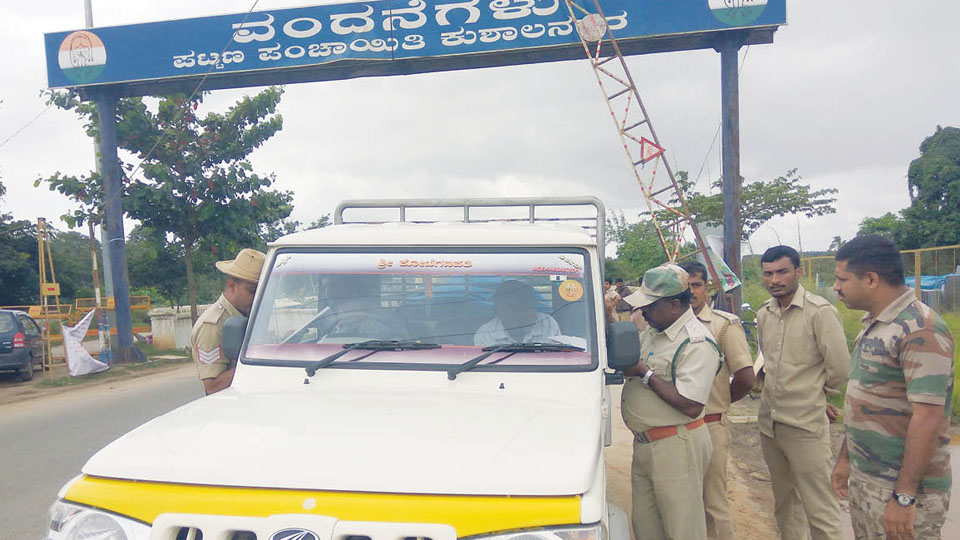 Kushalnagar: Shocking, but true. Truckloads of relief items that were meant to provide some succour to the flood victims sheltered in Kodagu have been diverted to private godowns by politicians and party workers to be used to woo voters in the forthcoming Kushalnagar and Somwarpet Town Panchayat elections.

Following a series of complaints from the residents of Kushalnagar, the Kodagu District Administration has cracked the whip and now the administration has taken over the receiving, stocking and supplying of relief materials to prevent misuse.

Tonnes and tonnes of relief materials have been arriving in Kodagu district and on an average, more than 40 trucks, apart from mini-trucks and other vehicles, come to the Mysuru-Kushalnagar border every day, carrying loads of relief materials from various parts of the State including Belagavi, Mysuru, Bengaluru, Bagalkot and Chitradurga.

Once they arrive in Kushalnagar, these materials were collected by the local residents, voluntary organisations and NGOs from their respective areas and distributed them to flood victims housed in relief camps that have been set up at Suntikoppa, Madikeri and other places. However, on Aug. 20, many trucks were stopped by some people in Kushalnagar and were diverted to private godowns. When the truck drivers objected, they claimed that the materials would be temporarily stocked in the godowns and would be supplied to flood victims at a later stage. 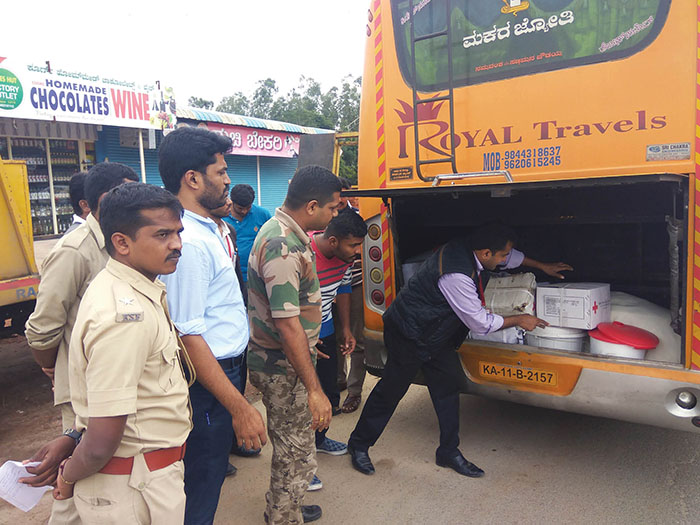 However, later it was realised that the materials were stocked up for the forthcoming Urban Local Body (ULB) Polls in Kushalnagar, Somwarpet and Virajpet (the election has been postponed following flood crisis in Kodagu).

“Initially, a few politicians who had diverted the materials to their godowns told us that the materials were meant for flood relief. Later we were shocked to realise that the relief materials were stocked up to distribute to voters as freebies for the ULB elections,” said Chandramohan of Kushalnagar. A few party workers admitted that they were asked by their leaders to stock-pile the relief items to distribute them to voters as freebies during ULB election campaign, he said.

Chandramohan later complained to Kodagu DC about the diversion of relief materials. As per the directions of the DC, now each vehicle carrying relief materials entering Kodagu via the check post near Kushalnagar is checked and the stocks are entered and photos are taken. As the Police department is busy in relief and rescue operations, the Forest Department has been entrusted with the job.

Forest officers at the Koppa Gate told Star of Mysore that once the stock is entered in ledgers and photographed, the trucks are sent to RMC godown to unload the materials. From there, materials are sent to the relief camps based on the need. “Yesterday, over 20 trucks carrying relief materials came to the check post within a span of two hours. While most of the trucks are from Mysuru and Bengaluru, we have had trucks arriving from as far as Belagavi and Bagalkot,” he said.

District Administration sources told SOM that such checking points will be established at the entry point of Madikeri and Virajpet. “The DC wants to centralise the relief distribution to prevent misuse. Materials will be unloaded at the RMC godowns of Gonikoppal, Madikeri and Kushalnagar and they will be supplied to the relief camps as and when required,” a source said.

The register should contain the details of the name, address, contact number and signature of the contributors, she added.