Home » Feature Articles » How Mummadi and his Queens built Mysore 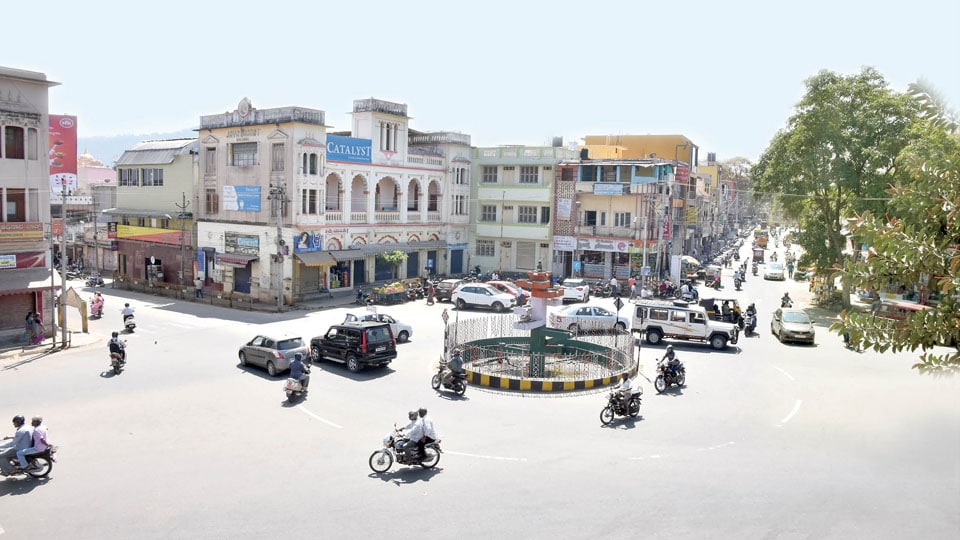 How Mummadi and his Queens built Mysore

As a few other subjects drew my attention, I could not continue to write about the past history of Mysore for the last few weeks. My earlier articles on the old city of Mysore published in these columns, in particular on Agraharas and Keris, received overwhelming response.

Readers posted hundreds of comments on Star of Mysore website and on Facebook and also shared the links among friends who also posted comments appreciating those articles with a few suggesting some new topics. This enthusiastic response, needless to say, shows that people, either here or abroad, are eager to know about the erstwhile royal city, its past history and glory.

Reverting to the same subject, today I intend to give a brief sketch about the early historical growth of Mysore, how a neglected place began to gain importance over decades, thanks to the contribution by Mummadi Krishnaraja Wadiyar and his queens. It is interesting to note the historical development of Mysore, a process which began with notable contributions by Maharaja Mummadi Krishnaraja Wadiyar and his queens, followed by his successors, including Vani Vilasa Sannidhana. Donning the role of regent, she too played a significant role in the development of Mysore, which has not received due recognition. In this write-up, I briefly highlight the contribution of Mummadi and his queens.

Noticeable improvement in the erstwhile capital is seen after shifting of the headquarters of the Maharaja from Srirangapatna at the end of the 18th century. The Palace, the beauty of which we find elaborated in old Kannada classics, had come to ruins and its stones shifted to build a new city and a small fort on the outskirts of Mysore — Nazarbad.

Tipu Sultan had constructed a small Palace and some houses in Nazarbad and also some houses on the Northern part of Mysore, near Subedar Veeranna Thota, close to a low-lying area where water was flowing, for rehabilitating those residents who were evacuated from within the Palace Fort. This could be the present Halladakeri, beyond which the entire area lying outside the Palace Fort and the town was more like a small forest.

As a result, the small town of Mysore had suffered in its status and population. One can image the size of the town when in 1871 the population was only around 45,000. After efforts to build a new town, away from the Fort, Mysore was at the threshold of becoming a neglected and forgotten town, with Nazarbad set to gain prominence. But destiny did not allow this to happen and today we see a vastly expanded city on all its four sides with manifold increase in population.

With the shifting of the headquarters from Srirangapatna to Mysore, building a suitable residence for the royal family so that it also suits the Dasara celebration, which had also suffered for about three or four decades at Srirangapatna prior to 1800s, was of utmost importance. There was no proper place even for the coronation of the child-king, Mummadi Krishnaraja Wadiyar (1799-1868). For lack of a proper royal structure, the coronation of the five-year child-king was conducted at the Lakshmiramanaswamy Temple which had remained almost intact within the small fort.

Following the construction of a new Palace between 1800 and 1804, the town began to gain importance and witness planned expansion. New Keris and Agraharas were built and new Mohallas were created adding to the existing five Mohallas — Fort Mohalla, Lashkar Mohalla, Mandi Mohalla, Devaraja Mohalla and Krishnaraja Mohalla. All these Mohallas were outside the Palace Fort.

READ ALSO  Sringeri Jagadgurus in Mysuru from Mar.11 to 13

Her Highness… Queens too built Agraharas in Mysore

Some were within the Palace Fort and the rest were outside. Of these, Gollageri, Agasa Keri, Kumbarageri are to be seen even today and I am happy to say I am living in one of these oldest Keris. The rest of the Keris might have been removed as part of the work to clear the congestion of houses within the Fort or while expanding the city forming new Mohallas. It is also possible they were given new names during the expansion process.

There are a few inscriptions in the Prasanna Nanjundeshwara Swamy Temple in Santhepete. Three of them reveal interesting details about the development of Mysore during the reign of Krishnaraja Wadiyar III, particularly in respect of new Agraharas. The inscriptions belong to the year 1821, which means 22 years after the commencement of Mummadi’s ruling.

The first record reveals that “While Krishnaraja Wadiyar (III) was ruling, his chief queen, Devajammanni of Lakshmi Vilasa, established an Agrahara in her own hand, by constructing 21 houses to the West of Mysore Fort, on the right side of the royal stables, and also got constructed the Prasanna Nanjundeshwara Swamy Temple.” From this inscription, we come to know that the royal stables were on the right side of the present Prasanna Nanjundeshwara Swamy Temple which is now surrounded by Santhepete shops, built later.

The second one says that another of his queens, Lingajammanni of Krishna Vilasa, established an Agrahara, named after herself as Lingamba Agrahara, containing 20 houses to the West of the fort and left of the royal stables, opposite Lakshmi Vilasa Agrahara, established by her co-wife. She also got built the Parakala Mutt and a Mantapa therein, in the same place, and consecrated the image of Hayagriva.

From this record, we come to know that the present Krishna Vilasa Agrahara was called ‘Lingamba Agrahara’ when it was established. Of course, Krishna Vilasa is also an appendage to the name of the same queen. Krishna Vilasa was a separate ‘Vilasa’, sections meant for the queens of Mummadi. The third identical epigraph in the same place records the establishment of an Agrahara in her name by queen Cheluvajammanni of Rama Vilasa, who also got built the Ahobala Mutt and a Mantapa in which God Lakshminarasimha was consecrated.

Interestingly, these three Agraharas — Lakshmi Vilasa Agrahara, Krishna Vilasa Agrahara and Rama Vilasa Agrahara — constructed by the three queens of the Mummadi continue to bear their names. So also the Parakala Mutt and Ahobala Mutt, established during the same year, continue to serve the devotees. From these inscriptions, we can also conclude that the area where the royal stables stood became a part of the Santhepete in the later years. Probably, with the shifting of the stables from this place to the area beside the Daly Avenue (Thandi Sadak), which is now within the Zoo jurisdiction, during the period of Nalwadi Krishnaraja Wadiyar, this area became Santhepete.

The Rama Vilasa Agrahara commences after the present D. Banumaiah’s house, where two boundary stones stand. It ends at the intersection of Narayana Sastry Road. At the right side edge of Sadvidya School compound stood a similar ‘Vamana Mudre’ boundary stone, which was pulled down by the Mysuru City Corporation a few years ago, as I have already mentioned in one of my earlier articles published in this daily.

The Vamana Mudre stones at the two ends indicated the length of Rama Vilasa Road laid out by queen Rama Vilasa. These inscriptions in Prasanna Nanjundeshwara Swamy Temple significantly reveal the role played by the queens too in the development of Mysore and the extent to which Mysore had grown during Mummadi.

Small town within the Fort

Even during Krishnaraja Wadiyar III, his city was a small place, the Fort enclosing an area of 2,56,520 sq.yds, with many old narrow and winding streets crowded with small houses and buildings of various sorts. The Palace was itself thickly surrounded by private houses and narrow streets.

The small houses in the Agraharas around the Palace were mainly built with mud and bamboo and were located in congested narrow lanes. With plague spreading, there arose the need to decongest and improve sanitation within the Fort, which was taken up in 1872-73. The Maharaja began to build Agraharas and donate the houses to the Brahmins who mostly lived within the Fort.

In fact, we can say that Mummadi Krishnaraja Wadiyar and his queens began the process of decongesting the small town and expanding it outside by constructing new Agraharas. The gifting of the houses to Vedic scholars and others also accommodated the families which moved from Srirangapatna to Mysore seeking royal patronage. It also contributed for the further increase in the population of the city in later years.

Thanks to the contribution of Mummadi and his queens, who in a way laid the foundation stone for a planned city as early as in 1821, the small town of Mysore saw further development during the reign of succeeding Maharajas.

Mentions of Agraharas in Kannada Classics

A Kannada classic of the later period (1916), “Mahishura Maharaja Charitram”, authored by Kavitilaka Sosale Ayya Sastry, the court poet of Krishnaraja Wadiyar IV, records that Krishnaraja Wadiyar III got constructed some Agraharas in memory of his mothers and his queens.