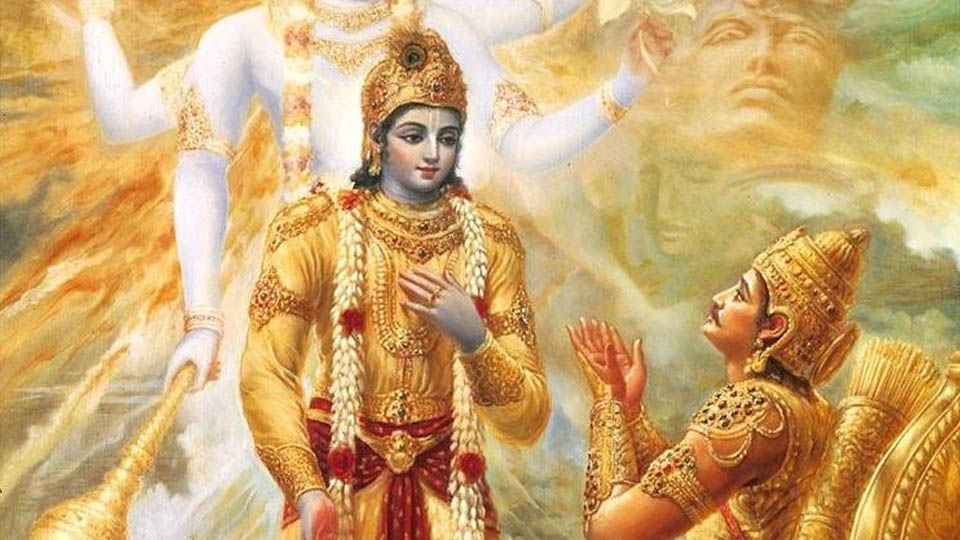 Is Life fair to all ?

An interesting story from Mahabharata: Once Karna asks Krishna, “My mother left me the moment I was born. Is it my fault that I was born an illegitimate child?  I did not get education from Dronacharya because I was considered a non-Kshatriya.

“A cow was accidentally hit by my arrow and its owner cursed me for no fault of mine. Parashuram taught me but then gave me the curse to forget everything since I was a Kshatriya. I was disgraced in Draupadi’s swayamwar. Even Kunti finally told me the truth of my birth only to save her other sons.

“Arjuna ’s biological father Lord Indra came in the disguise of a hermit and took away my kavach and kundali and this made me venerable in the war against Pandavas. Whatever I received was through the generosity of Duryodhana. So how am I wrong in taking his side in this war?”

Krishna replies, “Karna, I was born in a jail. Death was waiting for me even before my birth. The night I was born, I was separated from my biological parents.

From childhood you grew up hearing the noise of swords, chariots, horses, bows and arrows. I got only cow herds shed, dung and multiple attempts on my life even before I could walk !

No army, no education. I could hear people saying that I am the reason for all their troubles. When all of you were being appreciated for your valour by your teachers, I had not even received any formal education. I joined Gurukula of Rishi Sandipani only at the age of 16!

You were married to the girl of your choice. I did not get the girl whom I loved but ended up marrying those who wanted me or the ones I rescued from demons.

I had to move my whole clan from the banks of Yamuna to far off sea shore to save them from Jarasandha and was called a coward for running away.

If Duryodhana wins the war, you will get credit for it. What do I get if Dharmaraja wins the war? Only blame for the war and all related problems.

Remember one thing Karna, everybody has challenges in life. Life is not fair on anybody. Duryodhana also has a lot of unfairness in life and so has Yudhistira. But what is right [dharma] is known to your mind [conscience]. No matter how much unfairness we have got, how many times we were disgraced, how many times we were denied what was due to us, what is important is how you reacted at that time. Stop whining Karna. Life’s unfairness does not give you the licence to walk the wrong path of adharma.

Diamond cannot be polished without friction. Gold cannot be purified without fire. Good people go through trials, but do not whine. Their life becomes better with that experience, not bitter.  Have you noticed Karna, when people suffer they always ask “why me?” But when they prosper  they never ask “why me?”

What is the moral of this conversation. Simple. What is right is right and what is wrong is wrong. However one may try to justify one’s actions or reactions. One always had a soft corner for Karna because of the many hardships he had to  go through his life but when one hears the hardships Lord Krishna himself went through, Karna’s problems look trivial.

Cribbing or whining is a habit all of us develop from childhood and we continue to do so all through our lives. From Ambani to a peon, everybody whines.  Other side of the grass is always green and everybody thinks that he or she has been given a raw deal and life has been unjust to them.

Just as I was writing this article, I was watching TV and I saw a ceo of a multinational whine about corporate tax. He was pleading to the Finance Minister to reduce it. Are the taxes in India on corporates high compared to the rest of the world? No. Still people whine, a force of habit perhaps. But there are also thousands of examples of people who just do not give up but convert their shortcomings to strength. Everytime I hear or see their achievements, one gets inspired.

Just to give an example, a few years back we had been to Vaishnodevi. After the darshan, we decided to climb down from the hill. It is a 14-km downhill trek. Easy but quite steep at some places.  Since the weather was pleasant we started to walk down. After about 10-km, the walk started to become little painful and I started to whine and complain. Suddenly I saw a young man, lame, climbing up the hill chanting “Jai Mataji”  vigorously. Looking at him, I felt ashamed. Here I was, by God’s grace able and still cribbing and whining and that too climbing down hill. As if by magic, I got some extra energy and enthusiasm and was able to comfortably finish the climb down. Later I realised that it was all in the mind.

When I was young I used to sometimes crib to my grand father about some people who were placed in higher society than me and complain to him about the luxuries they had. My grandfather chided me and told “do not always look up my son, there are thousands of people above you. But just look down. There are crores of people, who do not even have a square meal a day below you. So be thankful to God that at least you are born here. Whatever has been given, improve on that.”

Eternal truth. Life is not fair to all but the moment one is content with what God has given us, happiness follows. Do you agree?

2 COMMENTS ON THIS POST To “Is Life fair to all ?”