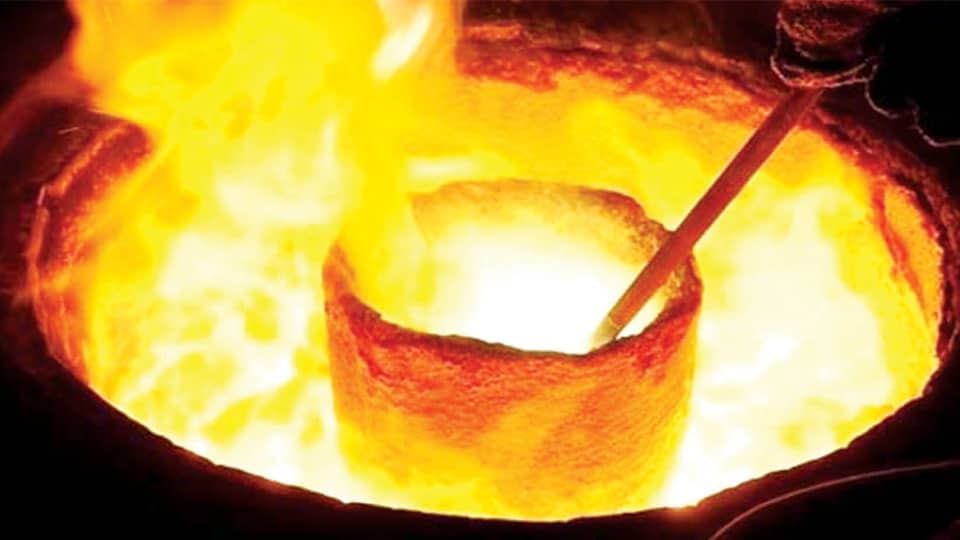 One question that people keep asking me is what prompted me to start Swami Vivekananda Youth Movement (SVYM) when I was just 19 years of age.  What was it that may have prompted me to do what was considered non-conformist during the eighties?  I have thought about this a lot and much later got to understand how and why things turned out the way it did.

Coming from a typical Indian middle-class urban family, the options regarding my future was limited to studying engineering or medicine and going abroad to make a living.  With this aspiration in mind, I had joined the BMS Engineering College in Bengaluru. My first day at College was indeed eventful. Those were the days when ragging was a norm. I was ragged so badly on that day that I did not have the courage to go back to the College next day. My middle class background meant that I could not stay at home nor spend time somewhere else.

I set out the next day dreading what was in store for me and  lost my nerve as I neared the College. Thankfully, I noticed the Ramakrishna Ashram close to the College. The lush green campus beckoned me and I started going there every day. A few days later, one of the monks observed my coming regularly and became inquisitive. I felt that I now needed to look serious and not laze around and felt that the library at the Ashram would make a good hideout. I started frequenting it and started reading books by Swami Vivekananda to keep myself occupied.

Two small books written by Swamiji deserve mention here as they changed my life forever. One was ‘His call to the Nation’ and the other ‘To the Youth of India.’ I resolved that if I were to get an opportunity to take up medicine, I would go to villages and work for their development in line with the call given by Swami Vivekananda.  Soon, I secured admission to  Government Medical College in Mysuru and started to study medicine.

Many months late another painful incident left me with further clarity on the purpose of my life.  As a third year medical student, I was posted to the Department of Medicine and was being exposed to how patients are treated in a Government Hospital for the first time.  This 44-year-old patient was admitted with hypertension and was being treated for more than a month with no improvement.  Beyond the heated analysis  amongst the attending Physicians, I did not see any change in the patient’s condition.  All the discussion on why the patient was not responding to the various medicines being prescribed only resulted in giving a fancy name to his medical condition — that of Idiopathic Malignant Hypertension.

One early morning, as I walked into the ward, I learnt that this patient had passed away the previous night. I found an elderly lady packing up a couple of utensils into a torn plastic bag. I remembered her as the widowed mother of this patient. Courtesy demanded that I console her. As I approached to talk to her, she burst out crying and showered the choicest expletives on me. I was unfortunately the first person in a white coat who met her that morning and she took out her anger at the entire medical profession on me. It was then that I learnt that she was 73 years old and widowed. They had half-an-acre of irrigated land near T.Narasipur which they had sold for paying for the costs of treatment of her son. He was the sole earning member and used to work as a cook in marriages and other local functions.

Now she had not only lost her son, but also all hope. I was so numb I did not know how to respond and felt I could not take on the pressure of handling such situations. Try as I might, I could not get to explain to her that the doctors had done all that they could and it was fate that had taken away her son. I told her he had hypertension that was not responding to treatment that our learned professors were giving. I explained to her that they had kept changing prescriptions, as he was not responding to any medication that was prescribed.

It was then she burst out, explaining that all that her son got were prescriptions and not medicines as I had explained. She told me that the Government Hospital had no medicines and all the prescriptions that were written were mere slips of paper. She could not afford to buy the medicines and her son had not taken any treatment at all! I was shell-shocked. It was not ‘Idiopathic Hypertension’ that had killed her only source of emotional and economic support. It was ‘lack of treatment’ born out of poverty.

The next few days were the most difficult ones for me. Continued reflection and internal debate between dropping out of the medical course or fighting the system raged within me. And SVYM was the result of this rage.

READ ALSO  And I was ordained a Jenukuruba...

I narrate these incidents not to talk about what happened to me or what emerged subsequently. It is more to illustrate the concept of ‘crucible experiences’ and how they can affect the practice of leadership. Most of us find ourselves in a difficult situation at some point in our lives. We may be undertaking new tasks, confronting new challenges, or working at a new pace or with new degrees of responsibility. In each of these cases, there are heightened stakes for success or failure.

To a scientist, a crucible is a vessel in which substances are heated to high temperatures to trigger a chemical transformation (for example, a steel refinery’s blast furnace). Leadership expert Warren Bennis defines ‘crucible’ as a transformative experience through which an individual comes to a new or an altered sense of identity. Difficult and, in some cases, career- or life-threatening events are called leadership crucibles. They are trials and test points of deep self-reflection that force you to question who you are and what really matters. Characterised by a confluence of threatening intellectual, social, economic and/or political forces, crucibles test your patience, belief systems and core values.

Leadership crucibles require us to examine our values, question our assumptions and hone our judgement. We can emerge stronger and surer of ourselves and our purpose, changed in some fundamental way. Crucibles also set the stage for adaptation. We are forced to develop new competencies that prepare us for future challenges. In many ways, our capacity to change hinges on our ability to think creatively to look at a problem and spot unconventional solutions.

In the words of Ronald Heifetz, the renowned leadership educator at Harvard, adaptive leaders thrive in the face of uncertainty and negativity. They can tolerate ambiguity and consider multiple options, without defaulting to short-term thinking or premature decision-making.

Viewed in retrospect, the crucible experiences became a defining moment in my life, even if I did not recognise it, as it was happening. Conflicts, challenges and early-life difficulties all contribute to crucible moments. For many of us, a crucible may not initially appear to be a loss or hardship. But as you reflect on it, you’ll discover the many ways in which events influence your unconscious behaviours. Some underlying memories are carried into adulthood, undermining your coping skills until you acknowledge and understand their impact on your life.

As hard as it may be to review unpleasant events from your past, the benefits certainly outweigh the discomfort you’ll initially feel. You’ll gain greater awareness of your values and beliefs and your crucibles will begin to shape your passion to lead. Understanding your crucibles helps you move from an “I” to a “we” orientation and the crucible events enhances your capacity for empathy and compassion. Crucibles can be used to learn about who you are, as well as about how you learn and grow. And it helps us understand how our leadership lessons are invaluable for teaching and grooming others.