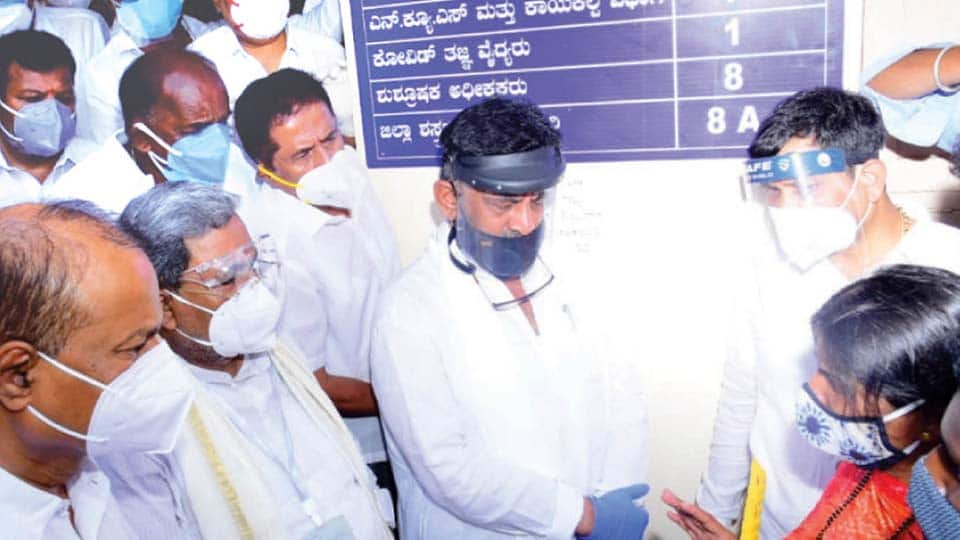 Not 24 but 28 died due to oxygen crisis: Former CM

Siddharamaiah, who visited Chamarajanagar District Hospital yesterday along with Karnataka Pradesh Congress Committee (KPCC) President D.K. Shivakumar, said that the Government is trying to fool the entire nation. 350 oxygen cylinders are required each day to treat the patients in Chamarajanagar Hospital but the Hospital received only 126 cylinders last Sunday. This led to oxygen being exhausted by evening killing 28 patients, he said.

Siddharamaiah claimed that Chamarajanagar DC and health officers have conceded that the death of 28 patients was due to shortage of oxygen only. “But the Government has its own version. What do Dr. Sudhakar and Yediyurappa say about this?” he asked.

The DC, Health and Family Welfare and Medical Education Minister are giving contradictory statements about oxygen shortage crisis, he added.

“We held meetings with the District Administration officials and during our cross-examination with officials, we have learnt that all of them died due to oxygen shortage,” he said. Shivakumar accused the State Government of ‘murder’ and both Shivakumar and Siddharamaiah demanded a judicial probe.

“I urge the Karnataka Government to initiate a judicial investigation. Only an enquiry by an independent institution will reveal the truth about the incident and ensure justice to the families of victims,” Siddharamaiah said.