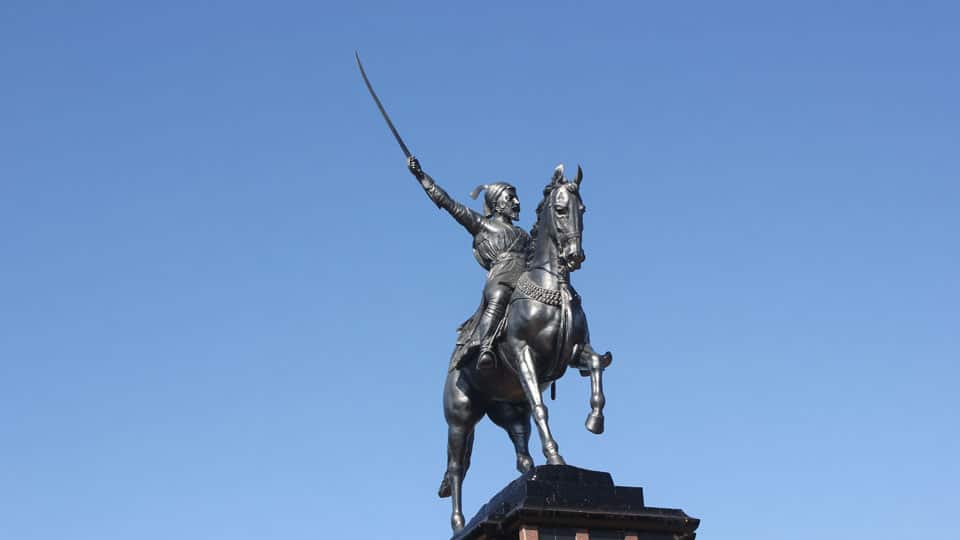 Historians differ in their opinions about the war that began between Mughal army and Shivaji following this letter. One version says Aurangzeb was busy dealing with a sudden Persian invasion in the North and Pathan rising at Peshawar. Here in the South it was a divided command between Dilir Khan, who was newly appointed to South, Emperor’s son Muazzam and Jaswanth Singh. Thus when Marathas decided to take revenge on Aurangzeb for his second attempt to arrest Shivaji deceitfully, as mentioned in his letter to his son Prince Muazzam, the Mughals drifted unawares into war with Marathas who decided to capture the two Forts near Pune — Purandar and Sinhagad —  which were with Mughals as per the second agreement with Commander Jaswanth Singh and Prince Muazzam.

There is another version which made Shivaji to attack these two Forts in possession of the Mughals and capture them. It is said Shivaji was at first nervous of attacking the Lion Fort and had to be urged by his mother. According to a Maratha folklore (ballad) Shivaji’s mother Jijabai was sitting one morning at the window of the Palace in Pratapgad combing her hair. When Sinhagad  Fort (Lion Fort) came into her view and was mesmerised by the sight, she remembered that it was in Mughal hands.

She immediately sent a message to Raigad, the capital where Shivaji was and asked her son to come immediately. When Shivaji came, she did not tell him the purpose immediately but challenged him for a game of dice. Out of great reverence to his mother and also to honour her, he agreed. He lost the game and asked what she wanted as a prize for winning the game. She pointed towards the window and said, “Give me the Sinhagad.”

Since it was in Mughal hands, Shivaji offered her any other Fort she wished but his mother insisted on having the Lion Fort only. Helpless, Shivaji agreed.

Immediately Shivaji called his gallant Commandant Tanaji and ordered him to launch an attack on Sinhagad and capture it. History records this was one of the Forts which was very well fortified by high walls with smooth surface and without crevice or foothold.

Tanaji’s soldiers were unable to impregnate the Fort in their traditional method. Therefore, Tanaji ordered for a well-trained hill-iguana, a unique animal species of western India which is known in Marathi as Ghorpad.

These iguanas are sure-footed on a vertical smooth surface to ascend any height and they are so strong they can take the weight of a man. The Ghorpad that was brought by Tanaji was called Yeshwant. Do you remember the Defence Minister of India during the period of Prime Minister Jawaharlal Nehru and Finance Minister under PM Indira Gandhi, Yashwantrao Chavan? With the help of Yeshwant, Tanaji sent one soldier on the Fort wall and the rest of the operation of taking soldiers up became easy. The Marathas, in that chill February night, climbed the Fort wall with rope ladders and poured over the wall yelling their battle cry, “Hurr! Hurr! Mahadev!” The war was won but their Commander Tanaji, who was standing on the edge of the wall, was suddenly attacked by an Afghan Mughal soldier and killed.

Shivaji and his mother saw the victory fire and flag of Marathas from their Palace Pratapgad. Shivaji told his mother with pride, “You have your fortress now.” However, when soldiers came with the sad news of Tanaji’s death, there was gloom all around. Shivaji said in sorrow, “I have won the Lion Fort but lost my Lion.” (Gad Aala, Sinh Gela). Later Tanaji’s brother Suryaji captured the other Fort Purandar from the Mughals.

In spite of the Mughal defeat, Emperor Aurangzeb ordered his Viceroy of Gujarat to go to Maratha country with fresh troops. But Shivaji’s army threw them out successfully.

Since the second Treaty of February 1668, a war was fought in which Shivaji decisively defeated Mughals and occupied two important Forts and also defeated the Mughals led by the Viceroy of Gujarat. Shivaji was the King and Lord of the Maratha country.

Now in September 1668 Shivaji prepared a second attack on Surat and on October 3, 1668 opened the assault. The Mughal General of Surat lost. Surat was looted to the last house and big merchants shifted to Bombay which thereafter benefited materially. The Mughals began to believe that English were in league with Shivaji and hence English were Maratha agents who collaborated in Surat’s attack by Shivaji.

With every victory against Mughal forces Shivaji’s ambition to add more territories to his kingdom also swelled. He marched to the South of Goa and built a castle upon a very high hill so that others could see his power and glory. Shivaji threatened a third attack on Surat to mislead the Mughals and make them move their forces from Central India towards Surat. Shivaji’s strategy worked. He moved his forces and captured the Mughal territory Khandesh. The Emperor was furious and he sent reinforcement of 40,000 under General Mahabat Khan who was an elderly person but fun-loving. In his camp there were his friends and 400 selected Afghan dancing girls. His army met Shivaji’s army in 1672 only to be defeated with heavy causalities on Mughal side. But Aurangzeb was not the one to accept defeat. He appointed a new Viceroy Bahadur Khan to wage war against Shivaji. But unfortunately Marathas remained dominant against a demoralised Mughal army. Bahadur Khan simply sank from the battle.

After thus reducing the Mughal armies in the Deccan to a mere presence while the Mughal Generals and Viceroys were wallowing in luxury,  Shivaji suddenly turned his attention towards east of India and advanced against the Kingdom of Golconda. Hastily the Musalman King of a rich Golconda offered two million gold pagodas as tribute.

Shivaji was now Supreme in South India and for Hindus he seemed a great defender of Hindu faith against the Muslim Mughal Emperor and other Muslim Sultans. Shivaji thus decided to give a dramatic exhibition of his increasing power and authority by becoming an Emperor. Accordingly he announced he would hold a grand coronation in the manner of old Emperors of India like Ashoka, Chandragupta Maurya, Prithviraj Chauhan and the like.