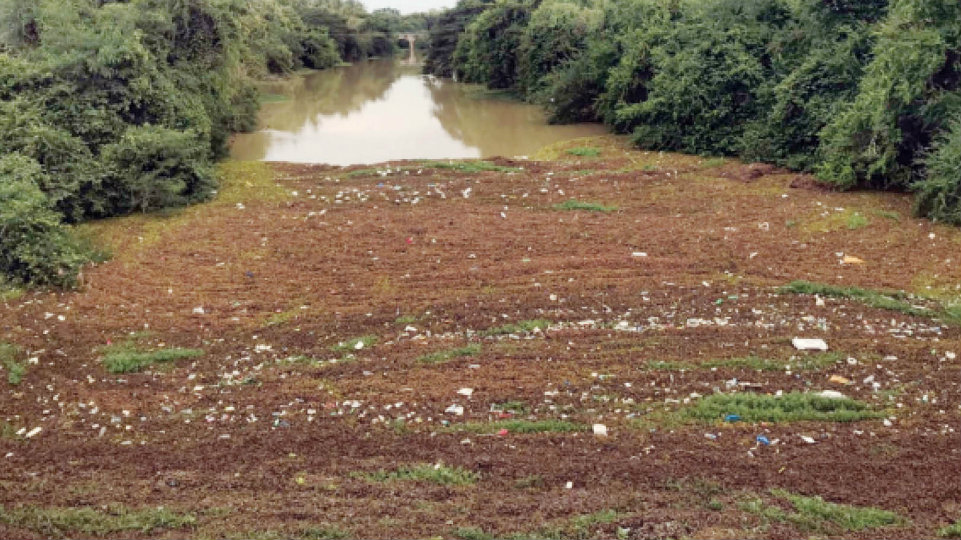 Madikeri:Monsoon has taken a break in Kodagu and in the last 24 hours, the average rainfall recorded in the entire district is 9 mm. While Madikeri taluk (the main catchment of River Cauvery) received 22.23 mm, Virajpet received 3.6 mm and Somwarpet taluk received 3.8 mm rainfall.

Due to deficient rainfall, all the main waterfalls in Kodagu that usually cascade in their full splendour usually during this season are getting weaker with only small amount of water flowing down. Kodagu is home for a number of waterfalls which is a must-visit, especially during monsoon season.

Waterfalls including Irupu Falls, Chelavara Falls, Abbey Falls, Mallalli falls, Chikli Hole dam, and Unchalli Falls look like dry season falls where water is flowing like a rivulet. This is the time when thousands of tourists make a beeline to Kodagu to witness the splendid waterfalls and stay at home stays amidst tranquil, pristine and serene atmosphere.

But tourism stakeholders say that the industry has been hit hard this season with the number of tourists dropping drastically. Abbey Falls in Madikeri is located between private coffee plantations with stocky coffee bushes and spice estates with trees entwined with pepper vines. Sadly, last year’s floods and landslides have destroyed the neighbouring regions of the falls.

Waterfalls weakened: A hanging bridge that has been constructed just opposite the Abbey falls has been destroyed and the Tourism Department and the District Administration have so far not bothered to repair the same. Even the Mallalli Falls, situated in the northern region of Kodagu with River Kumaradhara as the main source for the waterfall, lacks water. This spectacular falls where water gushes down from the river and the mist and the green hills around adding to the green beauty, usually attracts hordes of tourists.

Same is the case with Chelavara Falls, a tributary of River Cauvery near Cheyyandane village, Irupu Falls located in the Brahmagiri Ranges of Kodagu, bordering Wayanad district of Kerala and Chikklihole Dam located in a reserved forest near Kushalnagar.

No signs of heavy rainfall

Weather experts said that despite the South West Monsoon prevailing over the region, there are no signs of heavy rainfall or a ‘monsoon-like’ rainfall this month. It has been over 45 days since the South West Monsoon set in the State, but there is a deficit rainfall this year across districts. The lull period that began in the first week of July is expected to continue till July 18 and even after that the rainfall will range from light showers to moderate rains.

“As of now, the trend is that the South West Monsoon has reached the foothills of Himalayas, so the South Interior Karnataka will have lull period for some more time. We are seeing some light showers during the weekend in few parts of the city and State,” an official said.

This year it has been a bad monsoon. “There are usually these kinds of period which we call a Break Monsoon, where these lull periods will be there and some rainfall will happen,” said scientists. The India Meteorological Department (IMD) officials have said that this year monsoon will be subdued. “This year’s condition is slightly different from previous years. This is not the usual monsoon. There used to be cloudy and windy weather, but due to various reasons we are not seeing that.”

Met Department says that there is a ray of hope in the next week (July 17 and 18) wherein the South Interior Karnataka might receive some rainfall.