Home » News » Wait for piped gas project to get longer 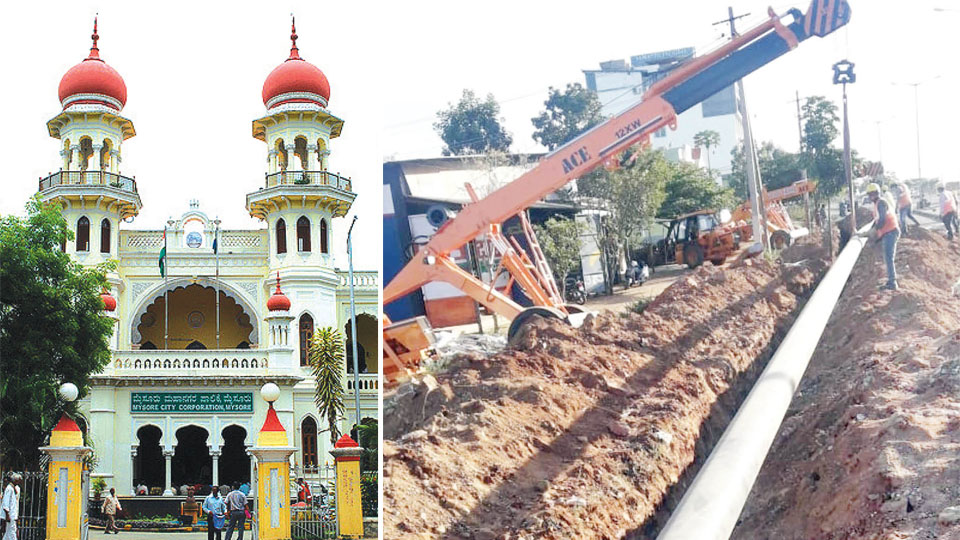 Wait for piped gas project to get longer

Mysore/Mysuru: The wait for the ambitious Piped Natural Gas (PNG) project launched by the Centre to be implemented in Mysuru city has just got longer as the Mysuru City Corporation (MCC) Council approval, a mandatory process is unlikely anytime soon. Reason: The Mayoral term is coming to an end and a new Mayor has to be elected for the Council to reconvene and approve the project after a thorough discussion.

The gas pipeline project that aims to provide piped gas direct to homes has been mired in controversy ever since it was planned to be introduced as a ‘special subject’ for discussion in the Council meeting held on Jan. 17. Even before the MCC approval, the Company had begun digging roads and had set up gas plants on thecity outskirts.

What started as an objection from a section of Corporators who opposed the introduction of the ‘special subject’, ended up in a war of words between BJP MLAs L. Nagendra, S.A. Ramdas and MP PratapSimha over road digging and damage repair.

The leaders, especially Nagendra and Simha, exchanged words and resorted to even personal attacks over the issue. Even Congress contributed to the issue by alleging that the BJP leaders were fighting for plum commission. The Council meeting on Jan. 27 afternoon, the last one for the incumbent Mayor SunandaPalanetra, was cancelled due to lack of quorum, with many Corporators staying away from the meeting. The meeting was scheduled to discuss the gas pipeline project.

Now with the term of the Mayor ending on Feb. 23, the Council will meet only after the new Mayor is elected and it will take a minimum of two months, that too if the State Government announces the Mayoral reservation seat matrix by February. If the seat matrix is not announced, the new Council meeting will be delayed further. The electoral process can start only after the reservation matrix is announced.

The piped gas project will have to be implemented in Mysuru with the cooperation of the Corporators and their assent is crucial for the smooth implementation. Since no party has a majority in the Council, SunandaPalanetra became a Mayor benefiting from the discord between the alliance partner JD(S) and Congress.

Even in the next election, it is not sure who will gain a majority in the Council and the entire scenario depends on the reservation matrix to be announced by the State Government. As such, mutual cooperation and trust between Congress, JD(S) and BJP is necessary for the project to become a reality.

Project visibility a must

Speaking to Star of Mysore this morning, Mayor SunandaPalanetra said that the Council should have had visibility into the project. She regretted that the people-friendly project could not see the light of the day during her Mayoral term.

READ ALSO  Amidst tall talks of ‘Shelter for All’... Mysuru’s only shelter for homeless women shuts

“The Company responsible for the implementation of the project should have explained to the Council about the project and they have not done that. Random surveys were done in certain areas that come under Chamundeshwari Constituency. For the project to be implemented within city limits, the MCC Council has to approve it after a detailed discussion,” she said.

Without the approval of the Council, the project cannot be implemented and the company has to wait till that time, he added.