Home » Columns » When God says no, he has better plans for you 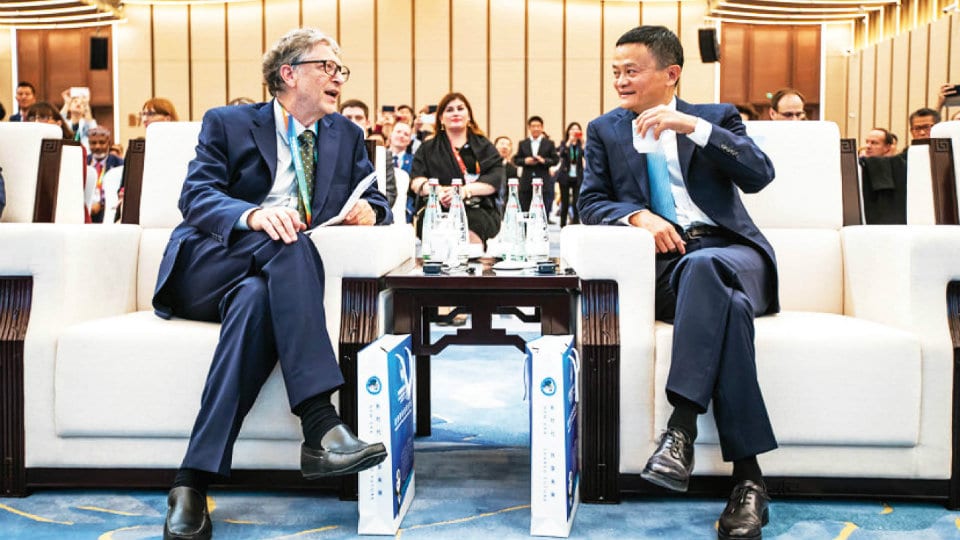 When God says no, he has better plans for you

A Gaur Gopal Das story I wanted to share with Star of Mysore readers:  A man tried to pass his graduation again and again and failed miserably every time. Finally, he gave up.  The family in its own wisdom got him married thinking that marriage would bring about responsibility and he would improve! Of course, he could get a bride for the simple reason he was from an affluent family!

After his marriage, he decided it was time that he earn some money and not depend on the dole of his father. He went and joined a primary school as a teacher. After 15 days he was booted out since he just could not manage the unruly children. He returned home dejected. But his wife consoled him by saying that it was not his mistake. He just was not trained and experienced to be a teacher. She also said, “When God says ‘yes’ to your prayer, he gives you what you want. But on the contrary if he says ‘no’ to your prayer, he has something better for you.” Probably, there is a better and suitable job waiting for you.

Gathering some hope, the man kept trying and finally landed with another job as a clerk. There too he found the job boring and not at all to his liking. Of course, his boss found him to be too slow  and wanted to kick him out but thankfully he quit before they could do that.

Again his wife consoled him by saying that “All along you have never worked in an office, how could you have acquired the skills required? So do not get disheartened. Let us try for something which is of interest to you.” Then she again said, “When God says ‘no’ to your prayer, he gets you something better  and when he says ‘wait’ to your prayer, he gives you the best.”

READ ALSO  How important is time?

The man kept trying with several jobs which never lasted more than a week or sometimes a month. Each time he returned home dejected and depressed, his wife would console and cheer him up. By the time, the man, now in his thirties, found something which suited him the best. He had a knack with languages and ended up being a counsellor in schools. He found out that he could communicate very well with specially-abled children. Later, he opened his own school for specially-abled children. And in years to come he opened branches of his special schools all over the country and became rich and famous.

One day, now the rich man asked his wife, when I was myself so negative about my own future, how did you have so much faith in me? The reply his wife gave amazed him. She said “When a piece of land is not suitable for potatoes, the wisdom is to try some other vegetable. If even that vegetable does not grow, try growing some fruits in that land. There is nothing wrong with the land. The  wisdom is to pick the right thing to grow there.”

No one in this world is useless. Every one has a calling.  It takes a while to figure out what works for you. One needs to believe in oneself and persist. This reminded me the story of Jack Ma, the Chinese billionaire. This gentleman, the richest man of China, once could not get a job in kfc! He could not get into the military too. Rejected everywhere but he persisted with his dreams and  the results are there for every one to see now. The same story with Bill Gates too.

What is the moral of the story? Every human being has a purpose  and carries his own destiny. When I finished my 11th standard, I was at crossroads. I was an average student and at best could have got into an Arts College. The most favourite course on demand those days was Commerce and with my marks I could not get that seat. One of my relative suggested that I should get into the upcoming catering college, which relatively was a new vocation in the sixties. There were 60 seats on offer and only 45 candidates! So no interview, just walked in, paid the fees and joined a course nobody had heard off. Those days it was called “Idli-sambar” course and we were the butt of all the jokes going around in the campus. We were ragged even by the girls doing other courses in the campus!

READ ALSO  Why do we have children ?

Do not lose hope if you are not good at studies. There are so many vocations in the market. Check what suits your temperament and go ahead. You will succeed.

There is no short cut for success unless you are born an  Ambani or Adani. My three mantras for success is simple: hard work, hard work and hard work. It is said, God also helps those who help themselves. So certain element of luck too comes along for those who work hard. Ironically, the back-benchers always succeed more in real life than the rankers. Why? Because they have to work harder to succeed than the rank students. One can always ask: What is success? Money, fame, status, position or doing what one likes with conviction.

For me, if one is happy doing whatever and is able to do it very well, he or she is successful.

To conclude, never lose hope, persist, work hard, you will find your calling. Remember the  golden words, “When God says ‘no’ to your prayers, he has something ‘better’ for you.

4 COMMENTS ON THIS POST To “When God says no, he has better plans for you”