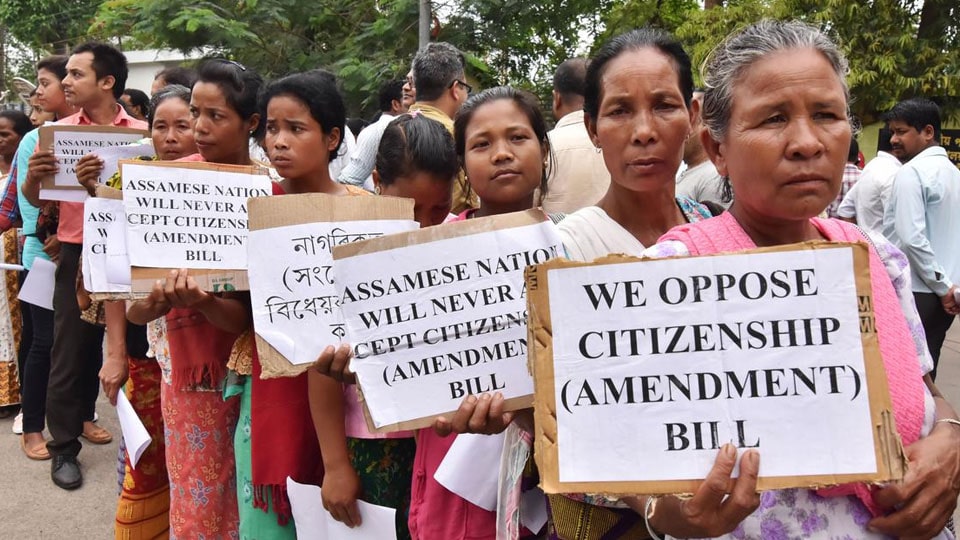 Imagine all South Indian States uniting on a platform of ethnic difference from the North, as C.N. Annadurai briefly contemplated once upon a time. Something similar is happening in the North-East. Ethnically, culturally and historically, the North-Eastern States have been different from the rest of India. North-Easterners often talked about going to the “mainland” when they meant going to India. The mainlanders for their part often referred to North-Easterners in terms and tones of racial superiority.

Elections last February signalled what looked like a sea-change in this scenario. The Congress was unseated and so was the Communist Party that had ruled Tripura under one leader for 20 years. A triumphant BJP formed a one-party government in Tripura while it formed alliances with other parties to take control of the remaining States. It was a clean sweep for the BJP which has had no presence in the North-East till then. In political terms, it was the equivalent of a coup d’etat.

But suddenly last week, the gears slipped into reverse. An ideology-driven initiative by the BJP ignited resentment among its allies across the region. Protestors have taken to the street with mass demonstrations, burning of effigies, and hunger strikes. Six of the region’s seven Chief Ministers have suspended their BJP links and formed a united front to fight the BJP-sponsored move to enforce the new legislation in the region and across the country.

What is the BJP move that has provoked so much resentment? Outwardly it looks noble: Promoting a citizenship amendment bill that will give “persecuted minorities” in Bangladesh, Pakistan and Afghanistan the right to become Indian citizens. The phrase “persecuted minorities” does not mean what it means linguistically. Shias and Ahmediyas, Islamic minorities routinely persecuted in Pakistan, qualify to be covered by the phrase, but that must be farthest from the minds of BJP strategists. Everyone knows that the BJP is referring only to the Hindu minorities in neighbouring countries. The proposed amendment means that Hindus in Bangladesh who migrate even illegally to the North-Eastern States and to West Bengal will get citizenship rights. Such migration/citizenship will alter the demographics of the NorthEastern States — a consummation the BJP wants and the local people don’t.

READ ALSO  Vote for the future of India

The powerful student of Assam and the Assam Gana Parishad were the first to rise in protest. One leader put it bluntly: “Assamese and other indigenous people feel betrayed by the Modi Government which seems hell-bent on making Assam a dumping ground for foreigners thereby threatening our existence.” The Gana Parishad has ended its two-year alliance with the BJP. Meghalaya’s Chief Minister has warned that the North-East will seek support from across the country including the Congress. Thirteen local parties have said they would pull out of the BJP-led NDA if the amendment bill is taken up in the Rajya Sabha (it is already passed in the Lok Sabha).

Actually, there are issues involved here that concern the whole country. The existing laws do not take religion or ethnicity into account in determining citizenship. The “right of birth” is the accepted norm. If this is enlarged to include the “right of blood” it will mean the acceptance of religion as a determining factor. That is precisely the BJP’s aim as its lead strategist in the region, Hemant Biswas Sarma, made clear when he said: “We have to decide who our enemy is — the 1.5 lakh people or the 55 lakh people.” (That is, Bengali Hindu illegals or Bengali Muslim illegals in Assam). Note also that the 55 lakh are automatically considered .

Make no mistake, ethnic cleansing is the idea. China is paying heavily for its cleansing drive in Xinjiang, its vast autonomous province with 12 million Turkic-speaking Muslims. This region has more in common with Turkmenistan and the people of Central Asia than with the Chinese which term, in the lexicon of Beijing, principally means the Han people. Beijing’s policy of “integrating” Xinjiang has been relentless. Military repression, re-education camps, Sinicization of religion and officially sponsored re-location of thousands of Han Chinese families from the Eastern heartland have not yet succeeded in changing the face and demography of Xinjiang.

India does not even have China’s luxury of a one-party dictatorship. Worse, it has a Constitution, a Parliament, a Judiciary with its own mind and a media that defies discipline. But there may be a way out. China used the camouflage “socialism with Chinese characteristics” to grow into a capitalist success story. If BJP goes for “Hindutva with Indian characteristics,” perhaps it may yet help India grow into a modern State.

Citizenship Amendment Bill Point of View T.J.S. George
To raze or not to raze?
All eyes on Supreme Court

3 COMMENTS ON THIS POST To “Why North-East Citizens Rebel”