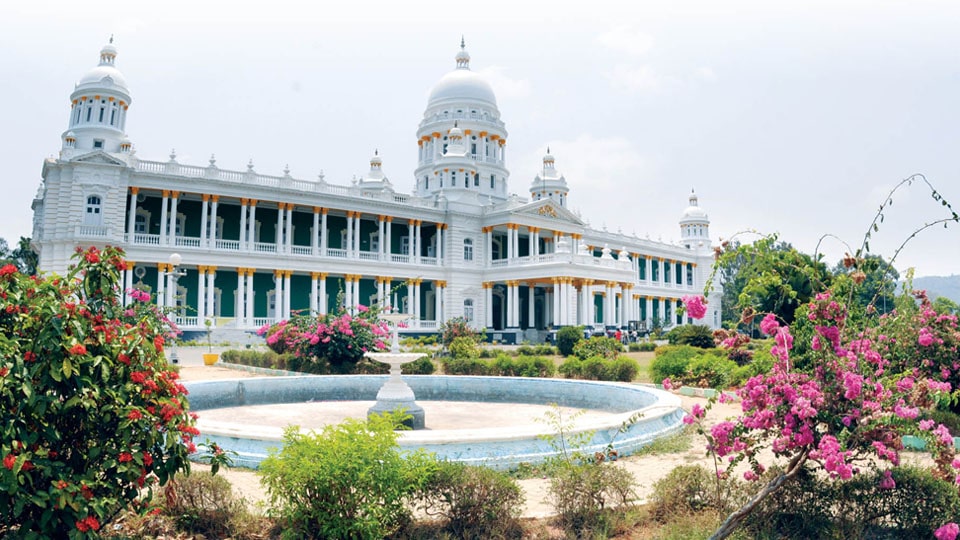 It has been reported that Lalitha Mahal Palace Hotel will be taken over by the famed Taj Hotels, run by the TATA group. But will it?

Lalitha Mahal Palace turning into Taj Hotel story has been played numerous times, for 22 years! It began in 2000 when late Union Minister Arun Jaitley, then the Disinvestment Minister, wanted to give up Lalitha Mahal, which came under ITDC (India Tourism Development Corporation).

Back then, Jaitley spoke of divesting hotels under ITDC, saying, “People may fancy PSUs like ITDC as temples of modern India, but a temple is served better if its priests are NOT drawn from the ranks of politicians or civil servants.” Then we thought Taj would take over Lalitha Mahal. It didn’t happen.

15 years later, in 2015, the then Union Tourism Minister Mahesh Sharma said, “We believe it makes little sense to let these hotels run in perpetual losses.” We thought that Taj would take over Lalitha Mahal again. It didn’t happen.

Two years later, in 2017, the then State Tourism Minister R.V. Deshpande told the Karnataka Legislative Assembly that his Ministry would look into various violations committed by ITDC  and terminate the lease signed in 1973 with regard to Lalitha Mahal Palace Hotel. What these violations were he never mentioned?

Many feared Lalitha Mahal would be handed off to some private player inexperienced in heritage hotels for a song and a ‘pocket full of change.’ Thankfully, that didn’t happen even though there was an attempt. But once again, reports came that Taj may take over. It didn’t happen again.

Instead, it went to Jungle Lodges and Resorts, a State Government body that manages Lodges in the Jungles, as its name suggests. It has no experience running a luxury hotel or maintaining a heritage structure.  But the Government assured us that it was a temporary arrangement and that a more experienced private hotel company would run it soon after the global tender was floated. Again many thought Taj would take it over. It didn’t happen.

In 2021, it was said that while Taj is the preferred hotel group, the Government would still float a global tender. Nothing happened.

Now again, there is news that Taj will take over. But yesterday, Tourism Director T. Venkatesh informed the media that the Cabinet Sub-Committee decided not to favour any particular luxury hotel chain like the Taj. Instead, a decision was taken to call for global tenders where many other luxury hotel brands could bid.

This Government decision is indeed the proper procedure to follow, but the Government must choose wisely because Lalitha Mahal is no ordinary structure; it could change the fate of our city’s tourism potential.

Our city’s second largest Royal Palace, Lalitha Mahal Palace, has been waiting for a resurrection for nearly half a century. The wait has been on since 1973 when it was first handed over to ITDC, a Government body that did little to enhance Lalitha Mahal’s grandeur or retain its splendour.

But it was not always like this. Arun Shourie, the man in charge of divesting during the NDA Government, writes in his book ‘Governance And The Sclerosis That Has Set In’ that, “In 2002, when a case was made to divest hotels under ITDC, Lalitha Mahal Palace Hotel in Mysuru was the only ITDC Hotel in the whole country that was making a profit.”

It remained profitable until the 6th Pay Commission when a dishwasher in Lalitha Mahal was paid Rs.18,000! And a receptionist Rs.45,000! If this is the pay structure, how could a hotel survive, let alone compete and make a profit?

The other reason Lalitha Mahal lost out was the inability to upgrade rooms. Even a minor plumbing work in the hotel required permission from the State Tourism Department, which owned the hotel.  Why? Because to fix the old pipes, one had to remove the tiles. And tiles were deemed heritage!

That is why the Government while calling a global tender to lease Lalitha Mahal Palace, must strongly consider the company’s history and expertise in restoring heritage properties. The Government must also pay attention to the company’s financial prowess because it costs a lot of money to restore and renovate a Palace. Just consideration of the financial returns to the Government should not be the criteria.

The resurrection of Lalitha Mahal Palace is vital to Mysuru. It will give a new lease of life to our city as a tourist destination. Lalitha Mahal restored to its grand splendour will reflect our claim of being a royal heritage city.

When a financial and professionally strong hotel group takes it over, be it Taj,  Oberoi or ITC, they will create not only our city’s first proper five-star hotel but also sell our city to high-net-worth tourists. This, while making the hotel itself a tourist attraction.

We have an example of this with what Taj Hotels did to the once dilapidating Falaknuma Palace Hotel in Hyderabad. Once Taj took over the property, they spent crores renovating and restoring it. Today that hotel itself has become a tourist destination.

Falaknuma Palace Hotel is open to tourists on weekends, where along with a guided tour of the Palace, you also get a luxurious high tea at a high price of Rs. 3,000 per head! This high tea session is available in Lalitha Mahal too, but it is nowhere as famous, luxurious, grand, educational or awe-inspiring as it could be and should be.

Let’s hope this Government achieves what previous Governments could not for 22 years since disinvestment started — restore Lalitha Mahal to its original glory.